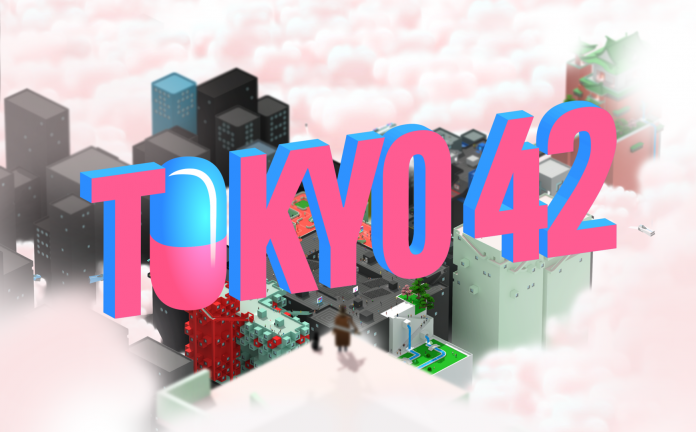 When you hear the name ‘Mode 7 Games’ you automatically think of their hit title Frozen Synapse or the muchly anticipated sequel Frozen Synapse 2, however now you can add another default setting to your thought process for Mode 7 Games with the announcement that they have now published their first title Tokyo 42. If you are a fan of games such as the original Grand Theft Auto or Syndicate, then you are really going to enjoy Tokyo 42. You play as an assassin in an open-world setting that is bursting with vibrant colours, and there’s cats – yep cats!

“When I first saw this computer game it made me feel a strong feeling inside my pancreas,” opined Mode 7 Co-founder Paul Kilduff-Taylor earlier today.  “After I recovered, we decided to work with SMAC closely on it to help them achieve their astonishingly ambitious vision.

“This game is genuinely wonderful.  It reminds me of some Amiga and DOS-era classics while still somehow being modern and stylish.  I cannot wait for everyone to play it and tell me how clever I was to sign it.”

Tokyo 42 and Frozen Synapse 2 are currently on the show floor at Rezzed and both would love for you to head over, check out what they are developing, and talk games!

About the developers of Tokyo 42: SMAC

SMAC are debut game developers (and brothers) Maciek Strychalski and Sean Wright.  We can’t get a quote from them for this press release because they are currently on a plane to Tokyo for a “research trip”.
That sounds like a slightly flaccid attempt at stylistically coherent humour, but it’s true.  They are making this game in their kitchen in London: this is also true.