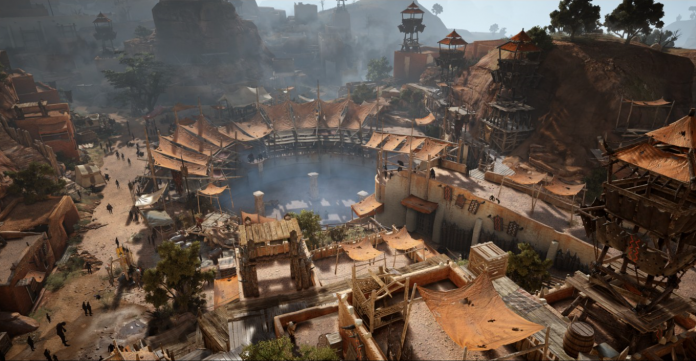 One of the great privileges I have through working at EXL Gaming, is that I get a chance to experience games I would never think of playing. I tend to stay away from games like WoW because of the time investment required. MMO’s take a lot of that and my gaming time is limited at this stage of my life so for that reason I typically stay far away from games like this. Don’t get me wrong, I have watched multiple play through and have a general understanding of how this genre works, I know of the quests, PvP, crafting, and trade etc. A big fear of mine was the zillion hot keys and controls and up until this generation of gaming I mostly gamed on console so learning to use said keys is relatively new to me, however now that I have built my new rig I’m in a whole new world of gaming and decided to give Black Desert Online a run my fine new gaming machine.

Due of the depth in Black Desert Online I’m just going to get to the point on the obvious and not go into the typical stats break down. Anyone that has played an RPG knows these elements are in just about all MMO’s so instead, let’s get to what makes Black Desert Online different. My adventure starts with the obvious picking of a class. You have the options of Warrior, Ranger, Sorceress, Berzerker, Tamer, Valkyrie, Wizard, or Witch. You already know they have different attributes, however one thing I did notice through creating separate classes is that the character variants for the different classes all look the same with the same face etc, which you can’t change from. You can however change items such as your armor but apart from that the dude next to you is your doppelganger. I ended up rolling the dice with the sorceress class which has low Defense but her other stats are off the charts.

Loading times will vary however once you are in, the world just seems really massive. You can do just about anything. For folks that are going to get into this style of game for the first time, I recommend you focus on levelling up quickly, and most importantly, learn how to catch and tame a horse as when you are on foot and you need to get to the far side of the map for a quest, you had might as well go take a bathroom break as you will have more than enough time. By the time you come back you may still be running towards the objective. This leads me to the first feature I love about this game – the auto run. Hit ‘T’ and you are on your way. When observing people playing games such as WoW or Final Fantasy 11, they were manually traveling which I really don’t like, so this is a great feature that Pearl Abyss have added along with other travel features you unlock later on.

The story was a bit ‘odd’. You have this ghost companion that travels with you. Apparently you guys have to save the universe from this, I guess, black hole thing or something? He’s your main quest giver. As you learn the basics you come across quests on your journey, and don’t worry, there are a LOT of quests. I don’t think I’ve repeated the same one twice – and I thought the Witcher 3 had a lot to do! Not only are you supplied with an ample number of quests that one would expect in this style of game, but you also have reign over a giant sand box. We talked about a catching and taming a horse earlier, however the fury friends goodness doesn’t end there, you can also hunt and go fishing, trade, cut trees, harvest food, collect gold, grow grass, eat grass, HOLY COW you can just about do it all. I spent half the night just planting and growing crops. I’m having Animal Crossing flashbacks.

My biggest fear entering into this game on PC was the fighting. Not the action itself but the controls. My nightmare was about to become a reality with all the keys, hot keys, wipe keys, #2 keys etc. but the controls felt very intuitive. The combo system is also extremely easy to use. I started off thinking “ok let’s do this, fighting a bunch of goblins, hold ‘DW’ with a left click BOOM” a nice little two hit combo accompanied with some magic. Hold ‘SF’ with a left click boom a nice fore punch with a magic upper cut. What made me feel even more at home was how I was able to use my controller. Once I plugged that in it was over. The combo system works so well on the controller that you will be ripping combos on guys all over the place.

Visually the game looks fantastic. The fantasy art style is great and acts as the perfect setting for Black Desert Online, even the monsters are visually spectacular. Glazing towards the horizon you see beautiful hills, planes, castles off in the distance. Oddly enough though I didn’t see a ‘Desert’. I don’t even know if there is one. So why is this game called Black Desert Online?

Once you get into towns you can trade, buy, talk and get quests, and join guilds. You need to join a guild to be able to participate in Raids and PvP. Well, once you hit the good ole level 50 you will need to. Achieving this will happen faster than you expect. On my first Friday night playing I was so sucked into the game that I played from 7:30pm to 0300am. So trust me you will be level 50 in no time.

The game does have its issues, just like you would expect a game of this size would have, so it’s a good thing that it’s constantly being updated. It seems that there is an update every few days or so and they aren’t very large which is good (less time updating, more time gaming = winning!). I think the last massive update I had was approx. 3GB, whilst the others were approx. 500MB. These constant updates show me the developers are listening to the community and acting accordingly from the feedback they are receiving. Fixing the annoyances quickly that could cause huge damage to a game is better for all involved. For anyone thinking “eww constant updating” listen up – I would rather have constant updating that supports the games growth, rather than fixes that are far and few in-between, or none at all, and be able to enjoy my experience more fluently. Black Desert Online is a very immersive experience. This game is perfect for those with short attention spans by feeding you with tons of side quests meaning there is always something around the corner.

I love how there is a lot of support for the game. Like I said the more the better.

Some of the quests can actually be quite deep depending on where you are in the game..

The raids are intense while the PvP is the most insane show you have seen. It’s almost like SMITE on steroids with a mix of a Beat Em Up.

It really is a lot of fun and I definitely enjoyed my experience. My view on MMO’s has now been changed and I won’t be as hasty to pass them up in the future. I recommend you at least give Black Desert Online a go, if you are on the fence still just give it a try. It will surprise you, I know it surprised me.