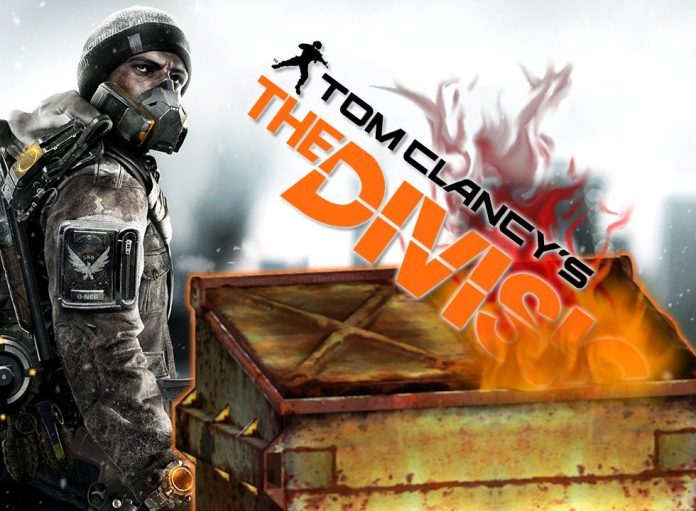 It’s a frustrating existence for people who play the game properly. Venturing into the game’s Dark Zone means risking certain death at the hands of someone who has glitched their health regeneration, glitched behind a wall, or is employing some other glitch. Even outside the DZ, some players suffered missing characters or the backpack bug, which made the game unplayable. Developers just patched a bug that killed players for standing next to a ladder. Yes. This is a real thing for a $60 game.

Developer Massive Entertainment and publisher Ubisoft have been scrambling since day one to patch some of the game’s more egregious exploits – and they have been relatively successful. Unfortunately, it has done little to stem the tide of players looking for new exploits in-game, which shouldn’t be surprising. Ubisoft and Massive Entertainment have been reluctant to discipline players for exploits in The Division. Players were able to “farm” in-game bosses for materials and weapons for weeks with no reprisal from the developers. While “farming” isn’t exactly cheating, the activity provides an unfair advantage to players. This is particularly unfair in a game with a player versus player (PVP) component, like The Division‘s Dark Zone.

Say there’s a player who has played The Division for 15 hours, and has done so in the manner the developers intended. Because of this, the player’s gear remains relatively low-level, since he or she has seen few high-end drops. By contrast, say there’s a player with 15 hours in the game, and has spent a significant amount of time farming or utilizing exploits. This player’s gear is significantly better, because he or she saw exponentially more high-end drops. The two players meet in combat in the Dark Zone. Who’s going to win? No amount of talent and skill is going to save the by-the-books player, because the other player is too well-equipped.

On top of all this, The Division‘s developers’ last “rebalancing” encouraged players to go Rogue in the Dark Zone. One of the game’s more recent updates buffed the rewards for surviving as a Rogue agent, nerfed the amount of credits and experience lost if dying as a Rogue, and also reduced Dark Zone fund drop rates and quantities on NPCs in the Dark Zone. So, it basically painted a big target on the back of any player in The Division‘s DZ – and who suffers the most? The by-the-books player.

Another rebalancing also nerfed the conversion rates for materials and drop quantities for Phoenix Credits. Again, this barely impacts the player who has spent the first two months of the game’s existence using exploits to farm high-end gear, materials, and Phoenix Credits. Instead, it penalizes the by-the-books player. The same player now has to spend three times as much time in-game to obtain the same results that would have been obtained previously.

Ubisoft and Massive Entertainment’s tweaks to the core gameplay of The Division do not only hamper the casual player, they actually encourage glitching. For many players, it is the only means available to remain competitive in the face of blatant abuses by other players.

These gripes only pertain to the console version of The Division. Players on PC are having an even worse go of things. Hacking is apparently rampant online. The Division’s forums are filled with complains about aimbots, wall-hacks, unlimited health, and other problems. Players’ confidence has tumbled amid the toxic game environment and Ubisoft and Massive Entertainment’s inability to prevent cheating. The Division has seen a drop in its PC player base of nearly 60 percent since launch, according to steamcharts.com. The cheating problem has gotten so bad, a makeshift cheating reporting system has been implemented. Hackers are even complaining about hackers. Ubisoft Support claims “We understand the potential impact of cheaters on the gaming experience and are making fighting against cheat(sic) one of our higher priorities.” One of the higher priorities? Was it not a high priority from the start?

Apparently not. Players experiencing issues with cheaters can report the issue to Ubisoft Support. According to the cheat-reporting FAQ, it could take days to achieve a resolution, and the disciplinary action is kept confidential. Players can report both cheaters and exploiters with the new system, but have no way of knowing if Ubisoft Support actually acted on the report. Provided action is actually taken, what’s at stake for cheaters in The Division? Players caught exploiting a bug in the game or other breaking established rule of play (like cheating) were initially subject to a three-day ban for a first offense and a permanent ban for repeat offenders. This apparently did little to stop hackers and glitchers, so the first time offense ban was extended to two weeks, as part of policy implemented today.  This is all fine and good, but should such a system be required in the first place for a AAA game?

Ubisoft and Massive Entertainment need to elevate their game. Instead of pushing the game’s new content (like the first expansion, Conflict), The Division‘s creators need to address the game’s major problems before releasing downloadable content. Free Phoenix Credits and other giveaways will only go so far at placating those players suffering from developer mistakes. Here’s a laundry list of ways to improve The Division:

If Ubisoft and Massive Entertainment are unable to address the rampant cheating and glitching issues within The Division‘s Dark Zone, there also exists another alternative: Make PVP play optional. This option shouldn’t be taken lightly – the Dark Zone is The Division‘s most interesting and intriguing aspect when it is working properly. However, as it stands, it is totally broken. The likelihood of this occurring is minimal, but it should be considered, especially with the Conflict expansion fast approaching. The new DLC is based heavily around Dark Zone play, and will exacerbate an already prominent problem if Ubisoft and Massive Entertainment can’t get their ducks in a row.

Players shouldn’t reward sub-par game support, and it’s clear many players feel that is the case with The Division. The game’s a total dumpster fire, and Ubisoft and Massive Entertainment know what’s expected of them. How will they respond?

Are you planning to purchase the Season Pass? Has your decision changed? What do you think about The Division debacle? Tell us in the comments.