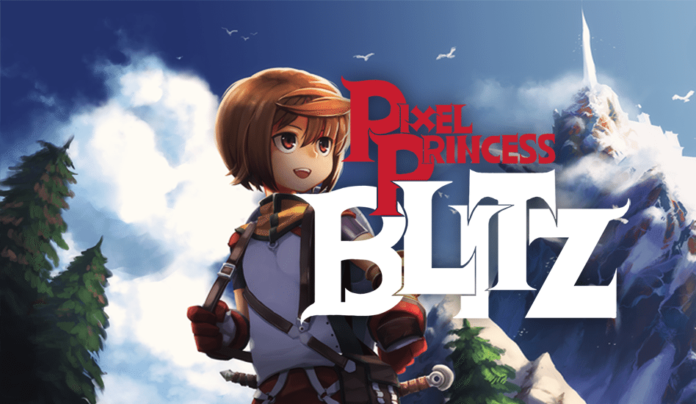 Pixel Princess Blitz is a roguelike action RPG fused with a strategy board game. Players control protagonist Kuruna and explore a completely randomised map with different themes while managing their stamina. Low stamina can result in catching diseases that can only be healed by resting for a length of time in towns or special locations. Battles in Pixel Princess Blitz are fought in real-time with short encounters that are fought on small battlegrounds and in dungeons with many rooms and multiple levels to explore.

Lanze Games are the team behind the development of Pixel Princess Blitz with just 5 members who come from around the globe from South Korea, Japan and the UK to name a few. Known for the PC and Android game Sweets Run and DigRun, Lanze Games have grown in size from the 2 man team at that time to start a more ambitious project which has been in development since January 2015.

Pixel Princess Blitz is in the early alpha stages of development with plans for an in-depth demo to be released to help build a fan base and create a community to help shape the game. Once Lanze Games are happy they have a large enough following for the game there are plans to begin a Kickstarter campaign.While the game is being developed for PC via Steam there is also good news for console fans, plans go beyond just a pc release admitted Hepari, Game Designer for Lanze Games. “We are already developing the game with other platforms in mind.”