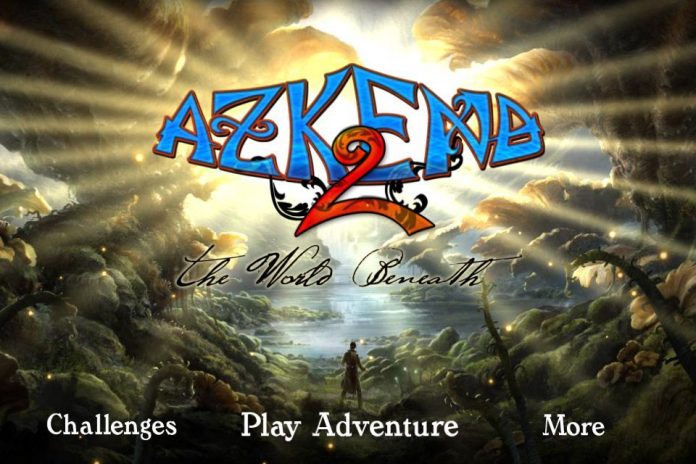 There is one thing I can should tell you about this game to being with, it is part 2 – a sequel if you will. I didn’t get a chance to play part one before embarking on this new adventure, so I have no idea if the elements or even the story is the same. I haven’t played a puzzle game in a long time so I had no idea what I was in for when loading up Askend 2, which I think is a good thing. For a puzzle game Askend 2 has a very unique story. The feel is almost like a Tomb Raiderish/Journey to The Centre of the World type of story. You begin the first part of the game on a ship only to crash in a storm leaving you stranded in this ‘other land’.  Now mind you, as I said, I haven’t played a puzzle game in a long time so for it to even have a story was totally different for me and the narrator does a great job of keeping you up to speed on what’s going on. The art style is full of beautiful colors and landscapes in certain parts of the story and the music – WOW. The music not only keeps you engrossed in this fantasy adventure of a story, but holy cow this score by Jonathan Greer is beautiful. Some of you may have just went ‘huh ?!’ but beautiful is the only way to describe it.  I actually spent time just listening to the music whilst letting the timer run out on some of the puzzles because it really was just that good.

The game play is reminds me of a Hexic HD, only the difference is you have to line up three or more of the same icon with the analog stick.  This opens up the ability to unleash huge chain points.  You can also unlock power ups like a hammer that helps you finish levels faster, there are glasses that allow you to see links on the table for you to get points, and you can use dynamite to blow off pieces off the table, you get the idea. You also have a Tesla device, it’s one of the basic power ups you have in the game. If you link up 5 or more of the same icon you get a lightning bolt that zaps other icons off the table.  You can also build up the special by linking as many combos as you can close to your objective.

Wait, did he just say objective?  Yes I did.  This is an objective based puzzle game. I have never played a game like this in my life. Not only do you have to link 3 of the same to remove the icons off the game table, but you also have to change the table color to blue when you link 3 or more. In the later levels you also have to fight off bugs, put out fires where it’s burning the game table up, and unfreeze icon blocks. The challenges get very tough from level 6 on forward.  The degree of difficulty is definitely up there, so this game will most certainly satisfy those players that like hard puzzle games.

This was a huge surprise to me as I actually thought I was going to hate it. I wasn’t even looking forward to reviewing this game at all, but the story and most of all the game play along with the gorgeous score kept me hooked, and I am now so glad that I did.  The degree of difficulty is there for you guys that love puzzle games. It is quite challenging. You definitely need to know what specials you want to bring to the table when attempting each of the puzzles. Oh and I almost forgot the photo hunt mini game for extra tesla power, which is also amazing fun. The art is on point, it really is lovely. The only real down side is there’s no multiplayer, however I do see a lot of replayability in the challenge modes available. If you are a person that likes, or is on the fence of puzzle games, this game is worth your time for a play through.