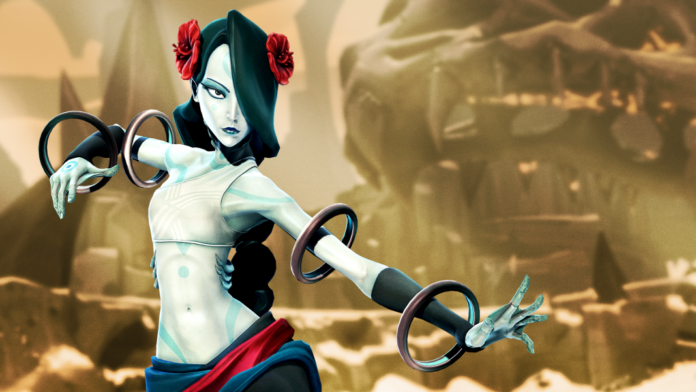 A double XP event and the first of five free characters coming to Battleborn will be out in the next few weeks, Gearbox announced today.

Alani is an Eldrid “warrior-monk healer” that will be out for all players on May 31 at 9 AM PDT. If you’ve purchased the Digital Deluxe edition of the game or the season pass, however, she’ll be playable beginning on May 24 at 9 AM PDT. Those who participated in the PS4 version of the open beta will also get her on May 24.

“A member of the Eldrid faction who was raised as a healer, but forced to be a warrior, Alani is all that remains of her order after Rendain’s Jennerit Imperium stole the oceans from her world,” Gearbox’s description reads. “As a warrior from a planet with vast seas, Alani’s attacks and abilities revolve around her power to control water to dish out pain, or heal her fellow Battleborn.”

What do you think of Battleborn? Are you enjoying Battleborn?  Let us know in the comments below or visit our forums and chat there.