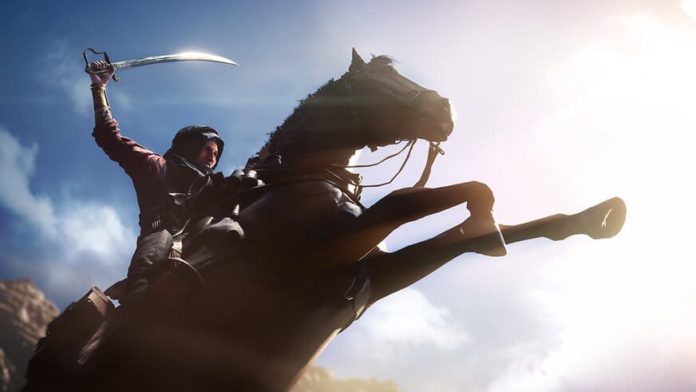 Firstly, let’s get straight to it:

Now how good does that look!? Onto the details that you want to know. Battlefield 1 will be available on PC (via Origin), PlayStation 4 and Xbox One on October 21, 2016. You can Pre-Order today through this link which will also show you the prices local to you but you’re looking at $79.99 and Pre-Ordering The Early Enlister Deluxe Edition will also get you the following goodies:

You can expect massive multiplayer battles of up to 64 players, with a “Persistent Squad System” to allow 4 players to band together to enter matchmaking together which will guarantee they stay together for a whole session.

A vast range of different battles “from tight urban combat in a besieged French city to big open spaces in the Italian Alps or frantic combats in the Arabic sand dunes.” So far, these are the only confirmed locations, so expect more.

From this blog-post on the Battlefield site, EA claims that Battlefield 1 will contain some of the “most dynamic battles in FPS history” which as is now the norm in Battlefield enable you to fight on land, in the air and in the sea. EA also said “Tanks, planes, machine guns, artillery – a lot of the tech you’ve used in other Battlefield games was perfected during this era, letting the classic Battlefield DNA shine through,”

BF1 will also include proper dog-fights in bi and tri-planes as well as airships, also what is perhaps most synonymous with WWI – trench warfare, bio-chem warfare (mustard gas) and the use of gas masks. There will also be a high focus on melee combat, with swords, rapiers, shovels and spiked batons included.

There will also be a Collector’s Edition which will cost a staggering $219.99 which will include the following:

For more information you can find it at the Official Battlefield Website.

You know the drill, tell us what you think about this! Anything! Just do it in the comments below or in our forums!