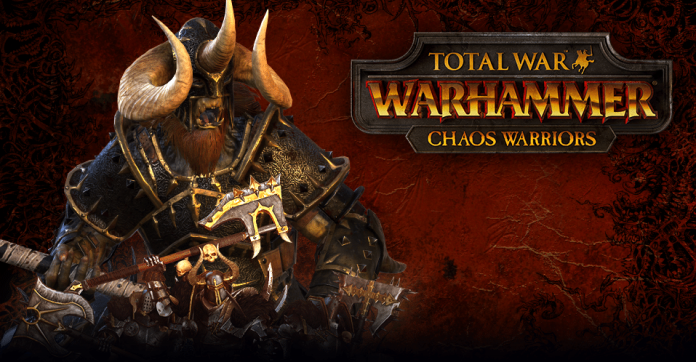 Creative Assembly today announced that the Chaos Warriors Race Pack will now also be offered free to players who purchase Total War: WARHAMMER in the first week of sale.

The Chaos Warriors have proven to be hugely popular and, by extending the deadline for getting them for free by a week, we can ensure loyal fans who don’t feel like pre-ordering  don’t miss out, while still rewarding early adopters whose support is really valuable to us.

We’re really confident in the game and with the community backing us so strongly this should be the biggest launch for Total War ever.

Anywhere you can currently pre-order Total War: WARHAMMER will continue offering the DLC for free into the first week, with the free period coming to an end at 10:00 AM PDT/18:00 BST on May 31, 2016

Catch the Chaos Warriors in action in this new Let’s Play video, featuring the titanic Kholek Suneater. Swathed in lightning and wielding a hammer the size of a building, Suneater is the most ancient of the Dragon Ogres and one of the Legendary Lords available to play as in the Chaos Warriors Race Pack.