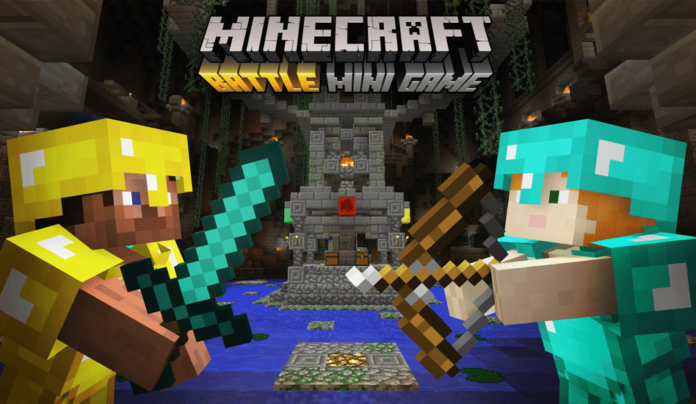 Microsoft, Mojang and 4J Studios have revealed they have been hard at work to bring mini games to the console editions of Minecraft for free.

The first to be released will be a game called ‘Battle’. This is a last-man-standing PvP death match, essentially a hunger games style match. Players will be able to compete under some improvised rules without the hassle of building the map themselves.

While Mojang and 4J Studios said while they of course want the Minecraft console community to create, improvise and play Minecraft any way they please, this gives every payer the ability to jump into a match quickly with no fuss.

Battle can be played online with up to 4 players in split-screen or 8 players online with its very own in-game matchmaking system or invite your friends online. Players will fight for survival, find weapons and resources from chests in each arena while keeping an eye on your hunger bar and the other eye on your opponents.

In June, Battle will be rolled out for free to all Minecraft console players and will include three maps for you to try out. If you like Battle and want more, we’ll be supporting it with additional Map Pack add-ons periodically after release for $2.99 or local equivalent.