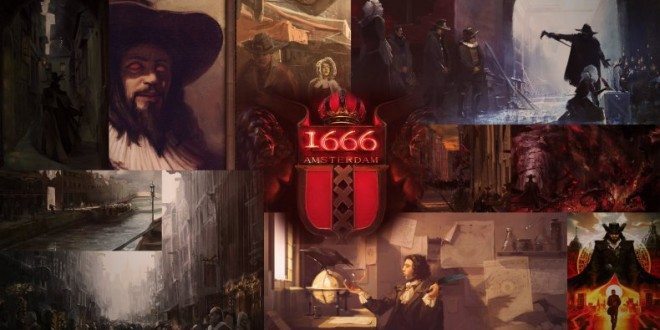 1666: Amsterdam has been a game mentioned often these past weeks between the registration by Ubisoft, legal issues with a former employee, and the mention of the huge inspirations that come from Assassin’s Creed.

This project comes from Patrice Desilet, creator of one of the most famous sagas which also resides with Ubisoft – Assassin’s creed. It isn’t too hard to envision that this new game would have some or many similarities.

It would seem that Patrice Desilets might be changing focus back to this project now, with more information surfacing regarding an agreement which has given rights from Ubisoft for 1666: Amsterdam to Patrice Desilet. However, we cannot predict if 1666: Amsterdam will be a short-term project as Desilets has just completed another project that was introduced a few months ago, Ancestors: The Humankind Odyssey, with its new study, Panache Digital. A break may be in order? We will have to wait and see.

According to the journalist, Brandon Sheffield, who attended the event at PAX, this material is aimed towards the last generation of consoles. The game was reportedly planned to be ported to Xbox One and PlayStation 4 but it never happened because the developer THQ Montreal finally closed. “The plot of the game was worse than the devil, so that the protagonist could control the animals traditionally associated with black magic” Sheffield wrote.

1666 cannot be gone forever. This week, Desilets re-obtained the rights of the game as part of a settlement agreement with Ubisoft. Very little is known about 1666, which was first revealed through a trademark in 2012 and also mentioned in documents held by THQ. Ubisoft picked up the rights of 1666 at an auction by paying 2.5 million, with the code-name “Underdog”.

In 2010, Desilets left Ubisoft to establish THQ Montreal, but became an employee of Ubisoft back in 2012 when the company bought the studio. His new path in Ubisoft did not last long. In May 2013, only months after working for them again, Desilets said he was fired by Ubisoft, and sued the company, in an attempt to recover the rights of 1666 in the process, which is now a reality. The agreement was that he would return for rights to withdraw its lawsuit against Ubisoft for $400,000.

Ubisoft suspended development of 1666 in the mid of the demand. Looking ahead, Desilets will have “all business and creative control over the project”. According to Desilets, 1666 would be “a new Assassin’s Creed.” The game would have taken place in Amsterdam and be connected to the painter Rembrandt.