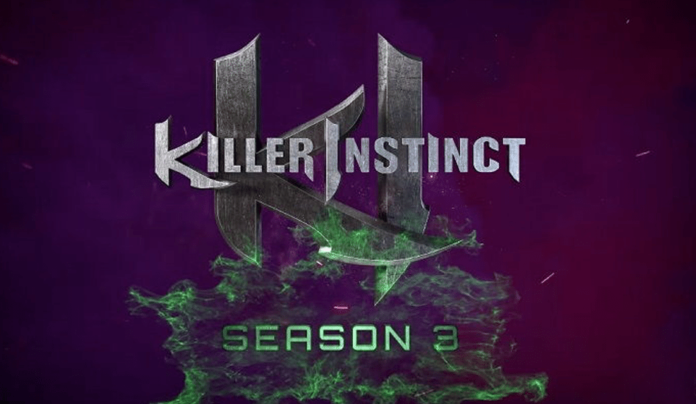 Killer Instinct is one of those games that almost anyone can play, whether you learn how to perform different moves or you button bash to your heart’s content. Killer Instinct is a fantastic game before Season 3 arrived, so just why do we need Season 3?

Killer Instinct Season 3 delivers some new characters to the roster including classics such as Kim Wu, Tusk and the introduction of some cameos. Some raised their eyebrows at the addition of cameos that include Arbiter from Halo and Rash from Battletoads. Truly though this is a clever move that won’t just appeal to current Killer Instinct players but will draw in a whole new audience who relate more to these characters than the Killer Instinct classic characters. That isn’t all though because we still await the addition of Gargos who arrived this week and General Ramm from Gears of War before a final mystery character will be revealed.

Arbiter not only looks fantastic in Killer Instinct but is one of the best additions in Season 3 and will please any Halo fan that plays Killer Instinct. While it was a surprise Arbiter made it onto the roster over Master Chief, there will be no looking back after witnessing his abilities. Throw sticky grenades and shoot opponents with his rifle for a limited time or even use his trusted sword, Halo has arrived in Killer Instinct and its awesome. Rash fails to make quite as much of an impact, while he is a fast attacker and looks.. well like a toad in shades, I personally found him more difficult to use when attempting combos. Kim Wu and Tusk return from Killer Instinct 2 and are honestly slightly forgettable. Tusk more so than Kim Wu with his slow movement even if his Power is compensation it puts you on the back foot against faster characters.

Mira is an all new character with a back story which links her as the sister of Amazonian warrior Maya, who knew? not only that but Mira is a blood thirsty vampire making her fast and powerful. That leaves us with Demon lord Gargoyle Gargos. While the name isn’t quite a creative marvel he is aesthetically one of the best characters in the game. His large wings, big teeth and just almighty appearance is enough to make him a great choice to take into a fight but his flying ability and strength make him an excellent addition to Killer Instinct.

A new mode is also to be introduced this July with Season 3, where players are tasked with stopping Gargos from succeeding in world domination. This mode, named Shadow Lords Mode was described as “part ladder, part arcade mode, part story mode, and part roguelike.” Sadly though there is still over a month to wait but there is plenty to still appreciate before its addition such as the cross-platform multiplayer between Windows 10 and Xbox One and improved graphics.