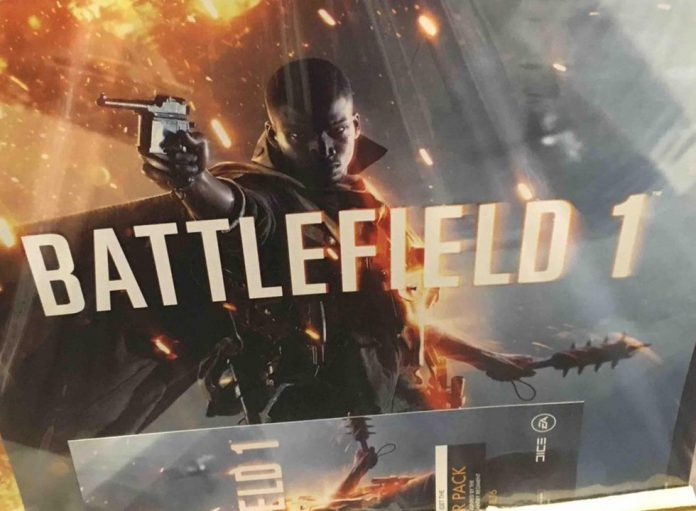 I had been speculating and hoping the next entrant in the Battlefield franchise would be set in World War I, and it looks like I may have finally gotten my wish.

Xbox users have discovered an image on the trending section the dashboard that reveals a lot of information ahead of the World Premiere announcement.

The image doesn’t appear to be doctored, and it contains a lot of information about the upcoming game. The soldier is wielding a Mauser C96 pistol, which was used primarily in World War I. In his other hand, he’s holding one of the nastier weapons of trench warfare: A trench club. Draped around his shoulders appears to be a trench shotgun, and a bolt action sniper rifle. There’s also a gas mask – a reminder that World War I saw the first widespread use of gas as a weapon of warfare.

Behind the soldier is the lumbering zeppelin we saw in the brief teaser trailer.

On Twitter, Battlefield Intel (@bravoINTEL) got their hands on some promotional material for the new game, which reveals its title as Battlefield 1. It also provides a release date (at least for a preorder bonus) as October 18th.

The preorder bonus supposedly includes “items inspired by the heroic Harlem Hellfighters Infantry Regiment.” The 369th was an-all volunteer group of African Americans who fought in World War I. They were no pushovers, either. The nickname “Hell Fighters” was given to them by the Germans due to their toughness and that they never lost a man through capture, lost a trench or a foot of ground to the enemy.

Are you excited? We are. We’ll have complete coverage of the World Premiere event starting at 3 PM CST.