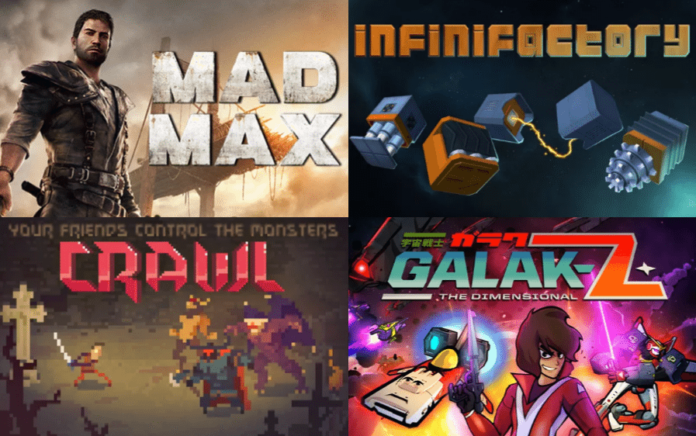 The Humble Bundle site has always been a great way to get decent games on the cheap. With bundles launching throughout the month, there’s always something that seems on sale. However, for those unaware there’s a monthly Humble Bundle available if you preorder at the start of the month. If you spring the $12 for this, you get a collection of interesting games. So why don’t we take a look at what games were available for May?

Witness me! A really cool open-world game that also incorporates a bunch of cool car stuff. Normally a $30 game, getting this in the monthly bundle is a hell of a steal! This was the game you got early, once you subscribed to the monthly bundle. Valhalla awaits!

One part Portal and another part Minecraft, this game puts you do work for your alien overlords. As a puzzle game with humor, this game takes some unique twists and turns that makes it an incredibly enjoyable experience.

Oh man, this game is some awesome fun if you can get a few people in the same room to play it. A twisted video game version of “tag”, one player plays as the hero, clearing room after room of a dungeon while the other players play monsters that try to stop him. Once a monster player has defeated the hero, they become the hero and the process repeats itself.

Inspired by anime dogfights and a little bit of a few classic games, like Thexder. You pilot your space-fighter/mech robot through procedurally generated levels. With an open world and 16-bit style graphics, this has been one of those indie darlings that earned the right to be a blip on the radar, and turned out to be fun as hell.

If you like games like Battleblock Theater and Super Meat Boy, Jumpjet Rex is going to be right up your alley! My favorite thing about this game is that every time you fair, your remains are permanently left behind during your stay on the level. Die a lot and your struggles become very clear. I loved this game just on the pixel-art graphics and chiptune soundtrack.

For a while there, point-and-click adventure titles were really a big deal. Fran Bow incorporates elements from some of the classic games while throwing in a dark and spooky twist, a la The 7th Guest. It wasn’t completely my cup of tea but it is a fun game nonetheless.

The puzzle platformer from the PS1 era returns… again! Discover the dark secrets of RuptureFarms Tasty Treats and what your friends and coworkers are contributing to the creation of them. Definitely a classic title, if you haven’t played it, do it. If you have, do it again.

Here’s the cool thing, this game was originally going to be released back in 1993 on the Amiga. Seriously, this game is literally the modern day video game Encino Man. Now for the not so great thing, it plays like a 1993 shmup. Unfortunately, it seems so agonizingly vanilla that I couldn’t really get into it after everything else.

On the topic of old games, Gunmetal Arcadia: Zero is really something else. So, this game is an Adventure of Link-style sidescroller platformer that looks like it should be straight out of your NES collection. Unlike 1993: Space Machine, I really found a lot of enjoyment in this title. Another fun tidbit, the Humble Monthly Bundle is the first place it is getting released to the public.

That rounds out the collection for May’s Humble Monthly Bundle. For the $12 donation price, even Mad Max alone makes this bundle absolutely worth it. Adding the full prices for all the games together shows that this bundle comes for a full price of $176. Yeah, that’s not a bad deal at all!

I’m looking forward to next month’s bundle, as Rocket League is the early subscription game. That means that there’s a good chance there will be a lot of eyes on this bundle, so the likeliness of it being big is huge.