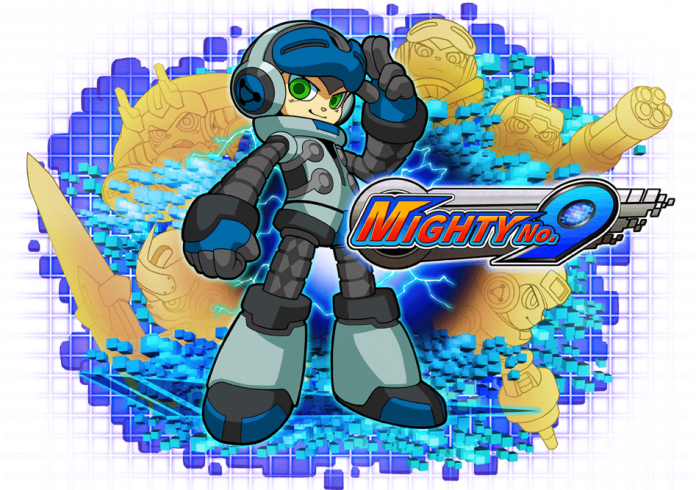 It is Official, Comcept’s Mighty No. 9 has finally gone gold. After being plagued with problems which delayed the game for over a year the game is finally ready to launch confirmed Industry veteran Keiji Inafune via a blog post.

The blog post is an intimate message direct to the fans and backers of Mighty No. 9, in which he apologies for the large delays in the development of the game. He said “I would like to say again how sincerely sorry we are for how long we have kept all of our fans waiting. We are finally able to deliver some long-awaited news regarding Mighty No. 9.”

Keiji Inafune then goes on to reveal Might No. 9 will launch in North America and Asia on June 21st and Worldwide June 24th on Xbox 360, Xbox One, PlayStation 3, PlayStation 4, Wii U and PC. Portable versions of the game will launch at a later date on PlayStation Vita and Nintendo 3DS. For the full blog post click here.

Mighty No. 9 is a crowd funded spiritual successor to the Mega Man series being developed by Comcept and published by Deep Silver. The game was backed by over 67,000 donations that raised more than $4 million back in 2013 with an original launch date of April 2015.

How do you feel about the delays in the development of Might No. 9? Are you still excited to play the game after such delays? Leave a comment below.