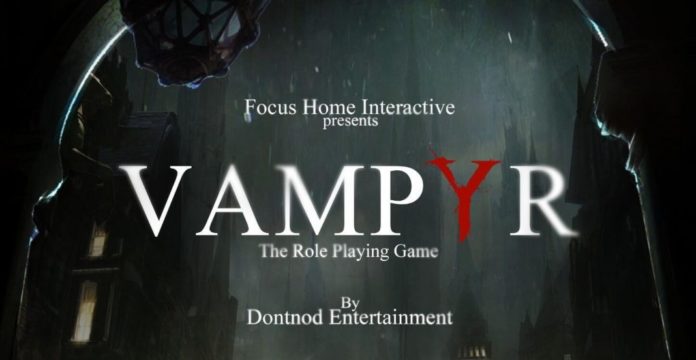 Acclaimed game-development studio DontNod, releases new images today of the new action-RPG Vampyr, depicting the duality of the central character. The story of the game, set in London, 1918, promises to offer a unique and deeply immersive experience, and a strong and engaging narrative steeped in vampire mythology.

It just got REAL people. In Vampyr, players take control of the main character, Dr. Jonathan Reid, a newly formed vampire who (like every vampire with a conscience) is torn between the Hippocratic Oath he swore as a doctor, and the bloodthirsty need to kill due to the monster within. While London suffers from the Spanish Flu pandemic, the first reflex as a doctor would be to help and heal people … but it will be impossible to ignore the Vampyr nature.

The developers have made it such that players actually go through the tough decision making of who to kill and who not to kill. As a Vampyr, players have to accept the need to sacrifice people to survive, just like the movies. Feeding on people will be the basis of the character progression, as it will allow the player to learn supernatural Vampyr powers and talents that will be useful in persuasion, locomotion, survivability, and combat. So the dilemma that’s offered to you isn’t “should I kill people?” but more “who will I kill”? And this decision won’t be without consequences.

A game set to be played on not just skill but hard decisions and consequence seems to be a new shape to the gaming world. The excitement I will expect to be mind blowing. All we can do now is wait.
Vampyr will be present at E3 2016 in Los Angeles on June 14-16.