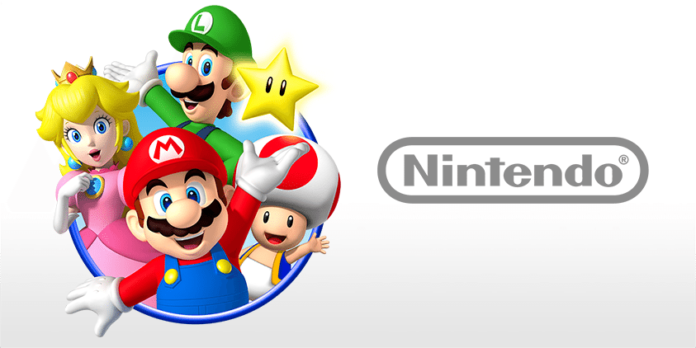 Tatsumi Kimishima. Don’t know him? He’s the current President of Nintendo, and he recently was interviewed by Asahi Digital on a few different Nintendo based topics including perhaps a new Nintendo IP Movie, the Nintendo NX and Fire Emblem to name a few.

Now I don’t speak a lick of Japanese, so even using Google’s translate option didn’t really fly with me, however one NeoGAF user (GSR) translated the whole interview into English (although he admits he is not a professional translator – so some details might be slightly off, but not by much). And I must thank him for that, whoever he is in the real world.

Firstly – movies. Kimishima-san was asked about Nintendo selling its stake in the Seattle Mariners, which led to questions about what the money could be invested in. Immediately, “film production” was mentioned, which inevitably led to the memories of 1993’s Super Mario Bros. live-action movie, to which Kimishima-san simply replied (referring to the live-action element) “We’ve already tried that, so perhaps not this time.”

When pressed further on this however, especially considering a Mario or Zelda movie, the interviewer tries desperately to get a lead, and whether it was just Kimishima-san’s way of bluffing or something genuine, he seemed to imply a Zelda film could be more likely:

-Would it be movies for Zelda or Mario?
We’d like to use IPs that are really quite popular. But I can’t exactly say “we’re doing Mario!” All I can say is that we’ll make something everyone can enjoy.

-Well, if we’re talking movies, it seems like the Zelda series would be a good fit, considering how popular it is overseas.
Put that way, of course we understand that it’s something there’s a strong demand for.

-So you feel there’s many people who want a Zelda movie?
That’s right.

The interview then takes a turn to the smartphone app world, specifically Miitomo, Animal Crossing and Fire Emblem:

-How is Miitomo doing?
The number of downloads is in line with expectations, but the most important thing is that we’d like people to keep playing for a long time. We’ve gotten many requests to make it easier to add friends and to increase the speed of the app, and we’re working to respond to those. With Miitomo, the more friends you connect with the wider the possibilities become, and we’d like to implement that into our next apps as well.

-Your next apps will be the two games announced for release this fall, correct?
That’s right.

-The Animal Crossing series, where players enjoy creating fantasy towns, has fans from children to adults. Is the plan to have the smartphone app connect with games on traditional hardware?
We aim to have our smartphone games work in synergy with our traditional hardware, so we’d like to make something like that a reality. I feel that we at Nintendo are well-suited for that sort of thing.

-Do you mean interacting with the 3DS?
Considering the sales numbers for the platform, I don’t think you would be wrong to imagine as much.

-Fire Emblem is more popular amongst hard-boiled fans. It’s a SRPG where you direct an army, after all.
It’s precisely because of that that we felt it was a good fit for smartphones. But if we were to bring it over 1:1 it would feel a bit pointless. So the question is, what parts of Fire Emblem would be enjoyable to bring to smartphones? That was the key question, and while I’m afraid the answer to that is an industry secret, we’re keeping it in mind as we develop.

Finally Kimishima-san is asked about the Nintendo NX, about bits like its March 2017 release date, price and it’s effect on the WiiU (both being consoles), and for the most part it’s your standard PR guff that doesn’t raise many eyebrows, however this quote does…to me at least:

“…the NX is neither the successor to the WiiU nor to the 3DS. It’s a new way of playing games, which I think will have a larger impact than the Wii U, but I don’t feel it’s a pure replacement for the Wii U.”

To be fair, if Nintendo are good at anything, they’re good at reinventing the wheel. The Wii was a massive shock to the gaming system, and was a massive hit among gamers and non-gamers. I mean I knew women in their 60’s who’d never played a video game in their life who’d gone and bought a Wii for Wii-Fit and other titles like that. And when you consider that 3D gaming and VR Gaming have come on leaps and bounds recently, when a major player says something as bold as “It’s a new way of playing games” you tend to sit up and take notice.

What that new way will be, there’s not much indication of in the interview, but we could well find out at E3 next month.