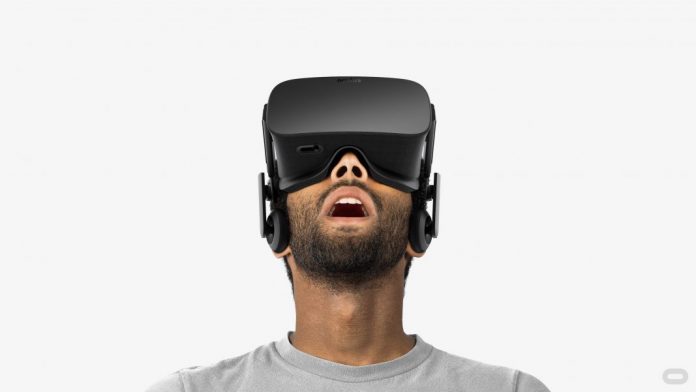 So you got super excited about Oculus Rift and you thought “You know what? I’m gonna pre-order one of them bad-boys!“. Good for you, I’m glad you had a good bit of foresight to pre-order one of the most anticipated VR machines of 2016. You ordered quite a while ago, so you were pretty confident that you would get yours soon after the launch date of March 28th, but then there were certain component shortages that led to pre-order delays. “OK” you thought, “I’m a bit annoyed, but these things happen!” – Good for you trooper.

However, then you are walking by your nearest Best Buy, and see that you can try out a Demo version in said store (as long as it’s in one of 48 selected stores across the US of A) from May 7th and you can schedule your demo up to a month in advance! “That’s cool” you think and walk into the store to set it up. Then a bombshell hits you, like a friend giving you a slap whilst wearing said Oculus Rift gear, and you see that you will then be able to buy the Oculus Rift at the store, again from the May 7th. “Well I never!” you think, you may even say aloud!

Oculus Rift have put aside “a small number of Rifts” to be available for purchase without being pre-ordered from selected Best Buy stores and from Microsoft and Amazon online. So even though you thought to plan ahead you could end up getting your Rift potentially months after your mate has wandered into Best Buy off the street. This has understandably annoyed a few people online (who knew people online could voice their annoyance!?) and rightly so – however this isn’t to paint the full picture of what is going on.

Obviously Oculus Rift will have various retail contracts lined up which from a corporate point of view (urgh I feel dirty) is all well and good and will still need to be honored, probably from a certain date – most likely no later than May 7th. However they have also agreed to make the hardware available to pre-ordered customers who went direct, but their “contract” is – something that I hate to tell you – probably worth very little when compared to the money changing hands from Amazon, Microsoft and Best Buy. Harsh, but true. BUT again….that’s not the whole story.

Oculus Rift realized that their direct to customer pre-orders will be getting pretty narked (British slang for being “pretty annoyed”) at this news, and thought as well that some pre-order customers might jump at the chance to get their hands on one by just standing in line at Best Buy. So they released a statement:

“We know that many pre-order customers are still waiting for their Rifts, so we’re offering those customers a chance to purchase Rift from retail instead — while keeping their pre-order benefits, like the EVE: Valkyrie Founder’s Pack and priority status for Touch pre-orders… If you’re interested, simply go to your order status and let us know you’ve purchased a Rift at retail, and we’ll cancel your pre-order. Your EVE: Valkyrie entitlement will appear in your order history.”

The good thing is however, is that some places – even me to a point for wonderfully dramatic effect – made this seem a lot worse than it actually is. The truth could be, that some Best Buy stores according to unnamed staff on Reddit have only received 4 units (this is of course unsubstantiated) but it’s an interesting side point that Oculus Rift avoided by just saying “a small number“. The company also stated that they were going to “focus on shipping pre-orders” still, so that has to be good news.

So all you lovely people out there who have their Oculus Rifts on pre-order, don’t despair, your order will come, and if you get it early through one of the retailers mentioned a good few times above, then happy days! Otherwise, just do what we gamers are so good at, and wait patiently.