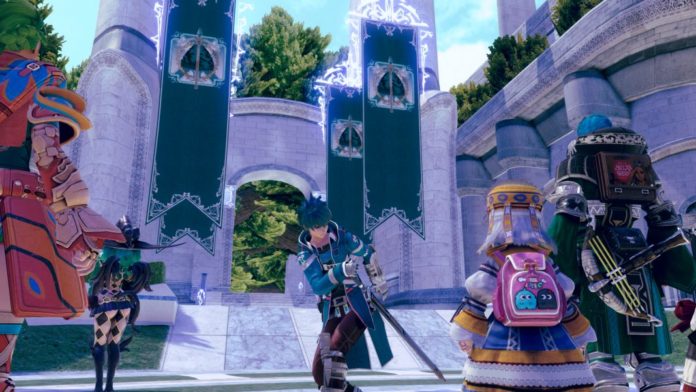 We are now less than a month way from the release of the PlayStation 4 exclusive JRPG from Square, and a lot of new information in the form of videos have now been made public.

Before going any further, let’s not forget about a very important factor in a Star Ocean game – the story.  It has been confirmed that again, there will be multiple endings depending on the player’s choices, which is now a staple of the franchise.  Here is the story trailer that was released about 2 months ago:

There is an overview about the depth of the gameplay included in this title that is presented in a video, during which some systems are presented: exploiting resources and crafting, unlocking special skills and side quests (which seem to be HUGE in number):

The story takes place on an under-developed planet called Faykreed IV, divided in many regions that the player can explore.  One of them, named Trei’kur has been presented in this video:

Finally, 2 new characters were introduced in their own spotlight video. First we have the presentation of a character called Anne, 28 years old, an intellectual kind girl who loves cats:

We saw in those last 2 videos that the game features an action oriented seamless battle system, where 7 characters can actually fight at the same time.  This was demonstrated in a trailer that was made public about a month ago:

As we can see, recently Square has showed a lot of the intricacies of this deep RPG game and I personally can’t wait to put my hands on it.  Are you as excited as me? Are you longing for the return of this classic JRPG franchise?  Let us know in the comments and forums.