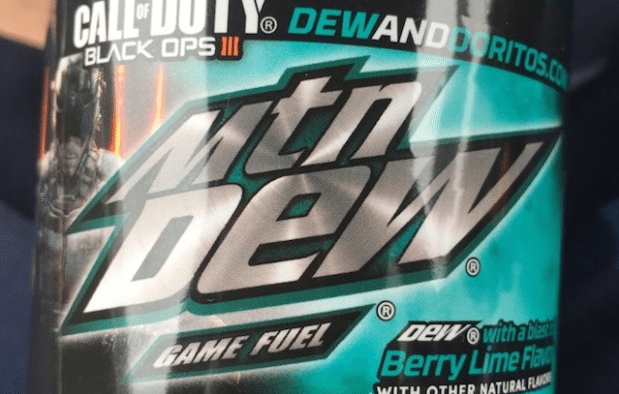 Let’s face it, we’re not all made of money and shelling out $60 every couple of weeks for a new game becomes extremely expensive. What you might not know though is on the PlayStation 4 you can currently download and install 11 games for free. We have included a list of these games below. Simply click on the games title to open the PlayStation store and start downloading right away.

Drawn to Death
Dive into the bizarre imagination of a high-school kid and face up to three others in an ever-changing multiplayer arena.
Explore a unique, violent and highly inventive world made up entirely of adolescent doodles in a notebook. Discover each character’s unique move set and combine strategic sharpshooting with all out brawling to seize victory in the inky arena.
Call on the young artist himself to reach inside the pages and do battle on your behalf, pouring soft drinks over your opponents or slamming his fist down onto the paper.

Trans-Galactic Tournament
Choose your champion, arm them for battle and go head to head with friends in arenas across the universe in Trans-Galactic Tournament, free to play exclusively on PlayStation 4.
Fight in a wild range of perilous environments, from toxic wastes to pirate ships, trading blows as a pugilistic gladiator, an agile ninja or even a platypus! With 24 distinct playable characters and hundreds of weapons, power-ups and outfits to customize them, strategy and playstyle will be the key to success.
Clash in one of three game modes: steal your opposition’s ball and return it to your base in Plunderball, capture and control nodes to emerge victorious in Conquest, or play for all out body count in Annihilation.

Frozen free-for-all: Snowball fight
Turn your living room into an epic snowball fight all year round with your favorite Disney Frozen characters – free to play on PlayStation 4.
Solve tricky puzzles by matching colorful ice crystals and lining up cunning combo moves in 195 free levels, before inviting your friends and family to join the fun in hilarious multiplayer snowball battles. Unlock and play as your favorite characters – including the menacing but lovable Marshmallow – and unleash dazzling special powers such as Elsa’s spectacular Glacier Magic.

Dungeon Defenders II
Dive into the quirky, unpredictable and deviously tactical world of Etheria with Dungeon Defenders II on PS4.
Drive back the invading armies of “The Old Ones” using clubs, spears and a few choice incantations and bag whatever loot you can before the next incoming wave. Join up to three other players online or go split screen with a friend and use the additional numbers to press home your advantage.
Upgrade your gear and develop new skills as you continue your quest taking on bigger and greater foes. Hatch your very own pets and slowly grow their abilities, teaching them powerful new techniques to unleash on the battlefield.

World of Tanks
Command history’s most powerful tanks in epic free-to-play, massively multiplayer warfare, where you’re the commander. Over 350 tanks from seven different nations are yours to control, with customization available to truly tailor your war machine. Test your skills against computer-controlled opponents in the Proving Grounds, then get online, form a platoon with your friends and unleash your high caliber tactics for victory.
Crush your opponents on the custom maps and take advantage of PS4 exclusive content to own the battlefield and turn your enemies to scrap. Unlock, upgrade, mount up and roll out.

Planetside 2
Free-to-play, first-person action from the developers of DC Universe™ Online and Payday: The Heist, Planetside 2 places you at the center of an entrenched alien power struggle.
Choose from one of three warring factions and descend into a sprawling, massively-multiplayer, shooting experience. Seven classes are available, complete with a full arsenal of tanks, aircraft and mechanized armor. Clash and coordinate with hundreds of other online players in daring military takeovers as you fight for control of Auraxis.

Battle Islands
It’s 1942, the height of the Second World War, and your platoon of troops has just landed on an island in the South Pacific ocean. You need to think fast, deploying your forces and resources to fight off a determined enemy.
Command infantry, armor, ships and warplanes as you battle to establish a foothold. Then you can build your army up to launch strikes on nearby enemy territory in a free-to-play title that blends battlefield strategy with quick-thinking combat management. Just remember to leave strong defenses behind otherwise you could return to a ransacked base.

Blacklight Retribution
Customize your game experience in hundreds of thousands of ways: change every part of your weapons from magazines, scopes, barrels and receivers, plus adapt your character’s armor and even the way you taunt your enemies.
Stock up with grenade launchers, flamethrowers and mini-guns, use the Hyper Reality Visor (HRV) to see opponents, teammates and Weapon Depots through walls, or deploy a Hardsuit with mounted weapons.
Fight in over 10 maps in various game types including Deathmatch, Team Deathmatch, Kill Confirmed and Capture the Flag, or team up with your friends in Onslaught to survive the infected swarm of SIVs as they overrun the city.

GUNS UP!
Your mission is to command your loyal soldiers on a series of military raids to take out your dreaded enemies’ bases. Blow up their bases, terrorize their territories and create masterful military tactics to earn victory on the battlefield. Be careful, brave squaddie – your crafty foes can strategically place sniper towers, anti-aircraft guns, mortars and other defenses in your way.
You can download this game for free and play it without making in-game purchases from PlayStation Store. Optional in-game purchases are available that may enhance your gameplay experience.

Warframe
A third-person, co-op focused action game at its core, Warframe puts you in the shoes of the Tenno race, newly awoken after years of cryo-sleep into a solar system at war.
Reborn into a corrupt era, the Tenno are sought by the oppressive Grineer Empire for annihilation. Warframe armor is the key to overthrowing the Grineer by providing players with unique attacking and defensive powers to explore, upgrade and master during purpose-driven radical raids.

Kill Strain
In Kill Strain, three teams are pitted against each other to provide an unpredictable momentum twist. Two human teams of five battle each other for resources and the chance to destroy their rivals’ base. At the same time, they must fight a third team – of bloodthirsty mutants.
Will you play as the cunning humans, boasting the firepower to defeat rival humans and the Strain-infected mutants? Or will you play as the ravenous mutants and wreak havoc on every opposing human player to quench your thirst for flesh and destruction?