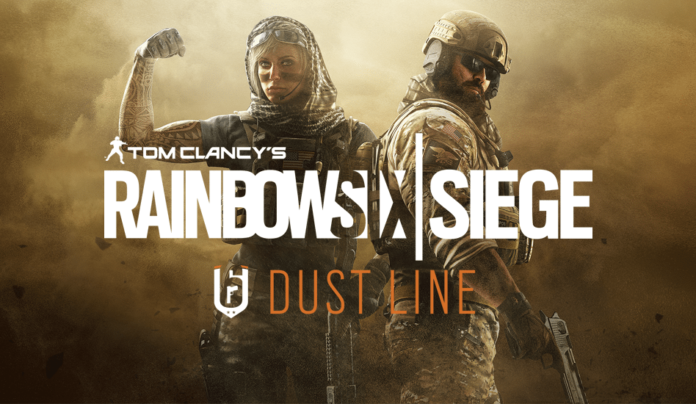 Ubisoft have revealed that Operation Dust Line will be free for Tom Clancy’s Rainbow Six Siege and will be available on May 11th on Xbox One, PlayStation 4 and PC.

This is now the second major update for Rainbow Six Siege which will include two new operators, 1 new map, improvements to gameplay and more.

The new ‘Border Map’ promises to be the most destructible and open map and introduces a mix of old and new construction with open air pathways. The two US Navy SEAL operators are:

Other additions include the introduction to loadout customisation between rounds to allow players to select a weapon, attachments and headgear to allow for additional tactical choices between rounds.

Season Pass holders will receive the new Navy SEAL operators instantly while non-Season Pass owners will have to unlock them using earned Renown currency or R6 Credits starting on May 18th.