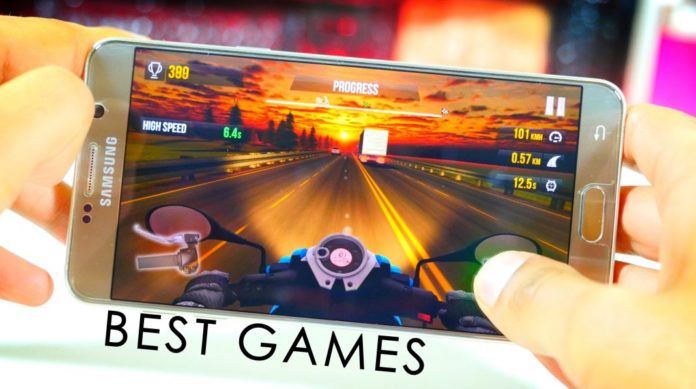 A lot of gamers will argue that true game lovers play games on consoles using big screen tvs to enjoy to the maximum the effect and thrill of the game. But there are a few of us who believe gaming should be available at your finger tips.

Mobile games have only recently began to become popular and well used by people and most still reverse to their consoles once they are home. For adventure lovers like me and seekers of a good story to keep you going in a game, these 6 mobile games are among the top mobile games with great story lines.

Are you an avid mobile gamer? Do you have a great device and are open to trying new things? Then you may want to look twice at this list. I, the writer of this article; have selected these games after 12 years of all-round gaming and over 8 years of mobile gaming.

Fresh on the market, UbiSoft have brought the world of Assassin’s Creed to mobile with it’s game Assassin’s Creed: Identity. So far on the Google App store no proper game has been put for AC fans. Codes, Companion apps, wallpapers are all there but no game. Now mobile gamers can get submerged in the world of stealth to save mankind. No questions need to be asked about the story line, as always, the game delivered. TellTale Games did mobile gamers a favor by publishing this game that was set in the same universe as Robert Kirkman’s award-winning series. Captivating, almost real and making split decisions, users play the game as Lee Everett, a convicted criminal, who has been given a second chance at life in a world devastated by the undead. The story line keeps you playing just so you know what comes next. Many old-school fans will agree that the Final Fantasy game series have been great throught the years and Final Fantasy VI is no exception. Don’t expect anything flashy because the game comes as old school as it gets. Lovers of this game will be looking forward to the release of the new Final Fantasy: Brave Exvius on their mobile devices as the game has already been launched in Sweden and Philipines. Hopefully it will keep the great story line trend. There is no argument here you need a powerful device to enjoy the beautiful graphics of this professionally written game that submerges you into a gripping story that has received wide critical acclaim. I must admit it has a lot of written text but it is worth every word read. Besides, I am yet to see a bad review of this game yet. I must confess that this game stayed on my Google Play Store for almost two years till I finally decided to download and play it last year. I haven’t regreted the decision since then. Also a port of a PC game, the Brad’s Tale works exceptionally well on Android with a story line filled to the brim with humor and folk and told in a very unique way. There is no way I can end this list without mentioning my favorite game yet. Nexon released this game two years a go and I haven’t stopped playing it. Despite beautiful graphics and other modes such as Tower floors, competitiveness in the Coliseum (PvP), guild cooperation, treasure hunting, for me the game became complete with its delightful story line of love and war. With an array of heroes with awesome skills to use, it is up to you to see it to the finish.