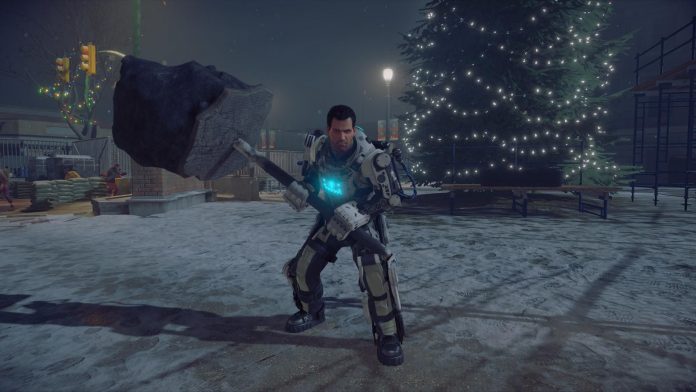 Dead Rising 4 is coming in time for the holiday season, along with the fan favorite Frank West, and a slew of crazy weaponry the series is best known for. From bumper cars that electrocute anything in sight, to a triceratops helmet that breathes fire, a candy cane launcher to the almost simplistic yet outlandish concrete block on the end of a metal pole (with the help of a Vanquish-esque power suit). Knowing the franchise, this is just the tip of the ultra-violent iceberg.

After the more serious tone of the previous installment, it’s great to see the guys at Capcom go back to its tongue-on-cheek roots, and who better to spend a zombie-filled Christmas with than Frank West? Apart from Bruce Campbell, it’s hard to think of anyone else.

You can check out the reveal trailer below: