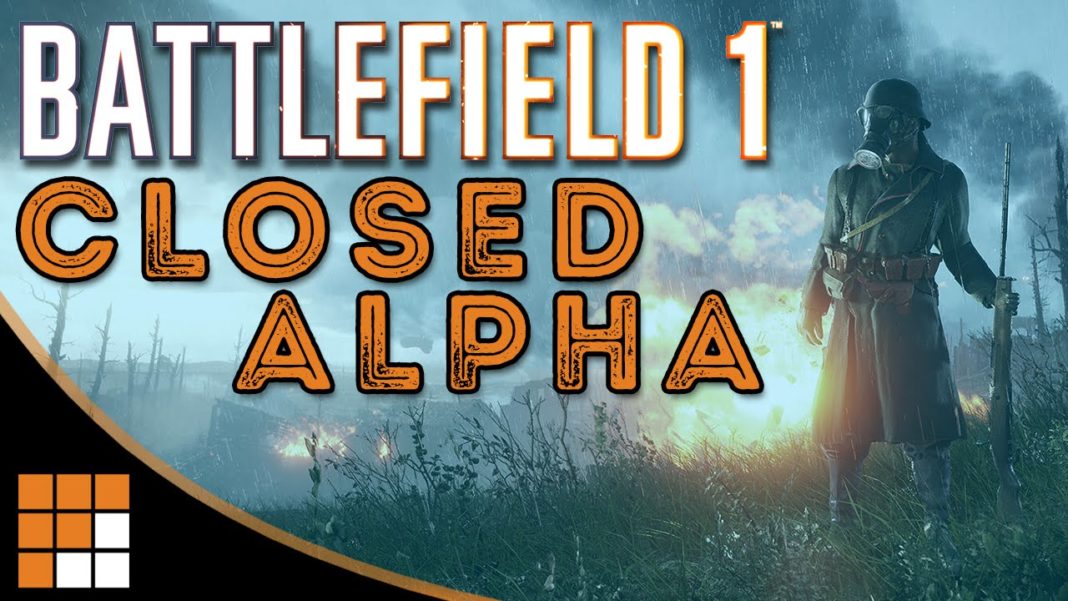 Earlier today a number of users on Twitter began reporting they had received keys for the Battlefield 1 Closed Alpha.

Though initially met with some speculation, one of EA’s marketing staff, Jonas Schuermann tweeted a link to an FAQ on the official EA website about the closed alpha. 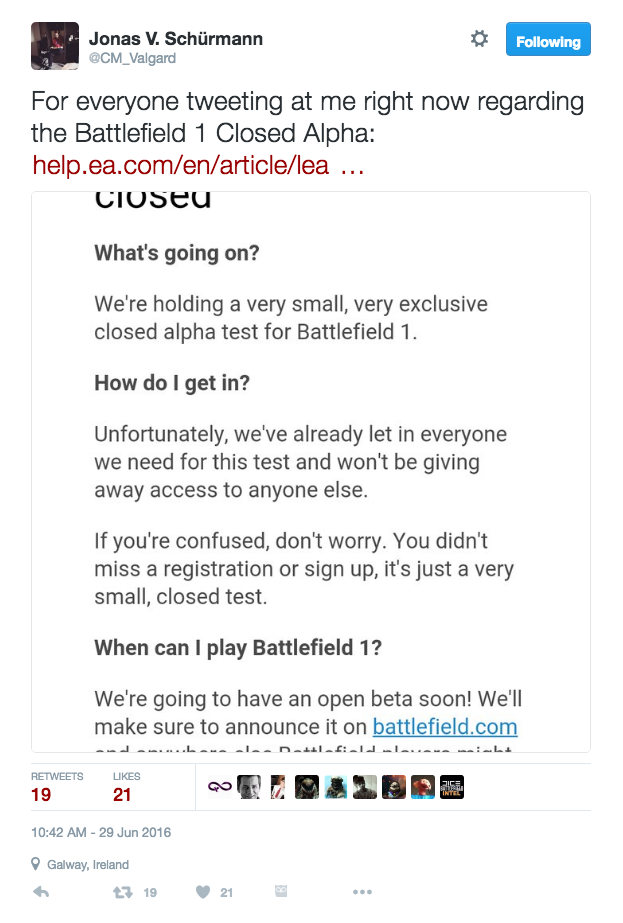 It confirms codes have been sent out for the Battlefield 1 closed alpha, which appears to be for PC users only. The closed alpha is described by EA as “very small” and “very exclusive,” so try not to be upset if you didn’t get an invitation. I didn’t either, but of course I also only play on Xbox.

EA also stated “we’ve already let in everyone we need for this test and won’t be giving away access to anyone else.” So if you’re sticking it out, hoping for an invite, let me crush your dreams gently.

If it’s any consolation, closed alpha participants are allegedly under a strict non-disclosure agreement, which means they can’t record gameplay, and it’s just a playtest.

However, the closed alpha does serve as a reminder to sign up for the Battlefield insider program if you haven’t already, to make sure you are eligible for the upcoming closed beta. No date has been set for the closed beta as of yet.

We’ll be sure to update you when we have an official date for the Battlefield 1 closed beta.