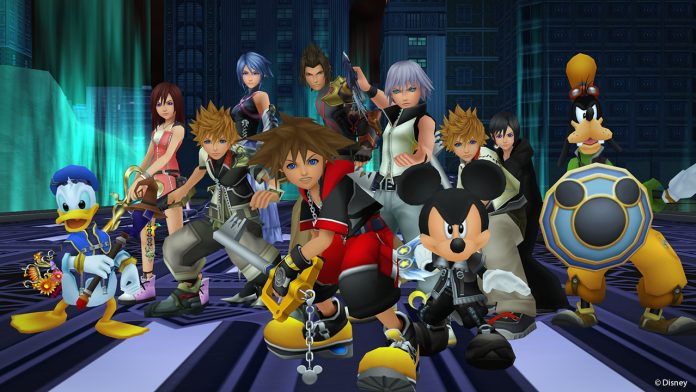 After releasing 2 compilations of Kingdom Hearts games from various consoles, a lot of people think that we will finally have access to all the existing games on current gen before the next instalment in the franchise, Kingdom Hearts III, which we know has officially been in development for at least the past 3 years.

The release date is still unknown until this trailer was released, presenting the 3 games and announcing that it will arrive globally in December of this year exclusively on PlayStation 4.  You can take a look at it yourself below:

I salute the effort of bringing all the games from all countries (some were previously only available in Japan) and from many consoles (some being on PSP, DS, etc.) under the PlayStation 3-4 home consoles, offering a possibility for the fans of the franchise (like me) to be a little completionist and experience everything.  Having purchased all previous games, I can’t wait to add this one to my collection.  Are you a fan of Kingdom Hearts? Are you excited for this? Even more, are you excited for the upcoming Kingdom Hearts III ? Let us know in the comments.

Prepare of the PS Plus Free Games of November 2018