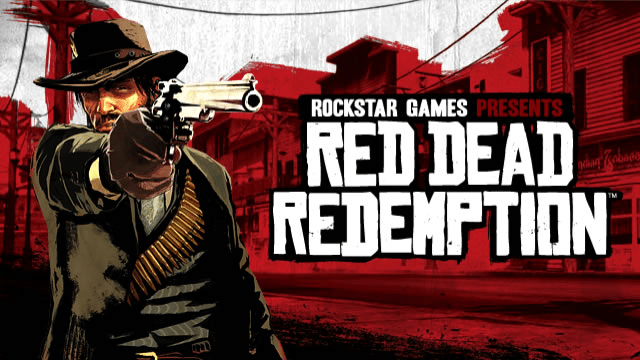 As the sub-title makes markedly clear, and what I will also be making markedly clear now – this article is from the rumour mill and is speculative in nature. As you could expect, officials from companies like Sony, Take-Two and Rockstar are understandably tight lipped on things like this. Now I have that out of the way, I’ll continue.

Admit it right now, you saw that “leaked” map (above) a couple of months ago and melted with want-and-desire. “Finally!” you actually said aloud as you saw it, “Red Dead Redemption 2 is coming”.

Although a way back in 2012, an intrepid young blogger posted an article about a potential new Red Dead game, based from a Rockstar “Asked and Answered” blog that was on Facebook, asking whether a new Red Dead game would be coming soon, to which Rockstar’s response at the time was:

“We love Red Dead too – and are thrilled that so many of you loved John Marston’s tale and are excited for more epic Western action.

“As we mentioned in our last set of Asked & Answered’s to similar questions about the future of other game franchises like Bully and L.A. Noire, we don’t always rush to make sequels but that does not mean that we won’t get to them eventually.

“Stay tuned for further announcements about the future of the Red Dead series.”

So it’s been pretty clear for sometime that Red Dead Redemption wasn’t the end of Rockstar’s foray into the old west. But with rumours of “Red Dead 3” or “Red Dead Redemption 2” being a title, 4 years ago various “insider” sources already had a working title of “Red Dead Rebellion” pegged. But this is all beside the main course, this is the pita bread and tahini to the halloumi and sheftalia of this article (anyone into Greek/Cypriot cuisine?)…

It was clear to all that Take-Two (and by extension Rockstar) would be announcing some big things at E3 this year, and rumour had it that they’d do it at the end of the Sony conference, but an official from Sony responded to a tweet asking if rumours of a “certain game” was dropped at the end of the conference and replaced with Days Gone gameplay, to which the pretty solid response from Sony was:

@RyanDungey_ no, this is not true. The length and content we showed has been locked and unchanged for months.

So I hope you have your salt at the ready, because that’s the “official” line and where we must draw our real conclusions. But this being the internet and rumours abound, I must dig.

According to PlayStationLifeStyle.net, several sources revealed that Rockstar and Take-Two were to showcase Red Dead 3/Redemption 2/Rebellion as the climax of the Sony Conference. However this was dropped due to the tragic events from Orlando earlier this week, and that showing the new Red Dead game would be in bad taste.

I can see their point, but from another perspective, plenty of games have been showcased that have shown guns and people being shot. Why would a western game not be shown?

Well, according to further (I must stress this, unsubstantiated sources) on Reddit, as well as various journalists (including Jim Sterling, in this YouTube video approximately 8 mins in), the reason why the new Red Dead game was dropped was because it was to include a trailer that involved a mass shooting in a saloon, and this was seen as being a little too close to the bone considering what had happened in Orlando at the start of the week. Hence why it was dropped and games like Call of Duty: Infinite Warfare and Battlefield 1 were still included.

It’s definitely to be taken, as I’ve mentioned a few times, with more than a pinch of salt, as mentioned other games included guns plenty of times and the Detroit Become Human trailer even featured a hostage situation (below).

My personal opinion on this? It’s plausible, it’s definitely within the realms of possibility, but I don’t know. My heart says yes, but my head says no. A new Red Dead game was almost seen as a given prior to E3, but nothing. But the thought of it being almost certain was based, much like this article, on rumour and speculation…

It’s something we might not find out about, but hopefully with information over the years from Rockstar and “leaks” such as the map, a new Red Dead game will be coming, but when that will be – well, your guess would be as good as mine.

What do you think of all this? Was there ever going to be a new Red Dead game revealed at E3 this year? Or did the horrific events in Orlando make organisers change their mind? Whatever your opinion, let us know in the comments below!