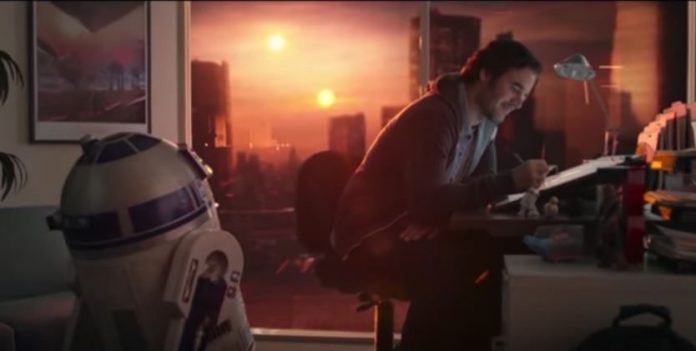 EA’s Star Wars endeavors are expanding over the next few years. Old Republic, Battlefront and Galaxy of Heroes are already popular, and EA says it is listening to the fans of both the games and the Star Wars franchise, and is set to create a real hub of different genres of games, honoring the lore and universe, which is so important to fans.

Next year will see Battlefront 2 from Dice and Motive, and from the sounds of this, it looks like there will be at least some cinematics, and therefore a campaign or story mode. This was lacking in the last title, and has been the biggest disappointment for many players. The fact that it has come so soon after the first title, seems to indicate that they may be implementing ideas from it into the new game. Also, maps and characters from The Force Awakens and Episode VIII are hinted at. So your dreams of playing as Unkar Plutt may just come true. From then on, 2018 will see Visceral Games (creators of the Dead Space franchise) working with Amy Hennig (writer and director of Uncharted 1, 2 and 3) to create a brand new narrative in a 3rd person action adventure title. Tonight it was stated that this title will feature new characters, rather than the rumored focus on Han Solo or Boba Fett, and it will be a far more grounded, realistic story – taking into account the fact that it is Star Wars.

The game has been announced previously, but we were treated to a clip of them working on this game, and about three seconds of early footage! With such an accomplished background from both the studio and Amy Hennig, this will be one to watch.

Respawn Entertainment (the studio behind Titanfall) are also working on a 3rd person action title, with no release year as of yet. This one is set to be more of an action-orientated game, due to Stig Asmussen, director of God of War III, being on board. We saw a little of the motion capture footage being filmed, featuring a lightsaber duel, which indicates that you may well play as a Jedi. However there was no gameplay shown, as the game is still in a very early stage of development.

Next up, Bioware’s MMO title The Old Republic got a mention, focusing mainly on the newest game update Knights of the Fallen Empire. Whilst very little was talked about, the company did promise content will be developed for the title in the future.

Finally, EA Capital Games discussed the updates for their mobile title, Galaxy of Heroes. The game, for those unfamiliar, involves collecting characters from throughout the Star Wars universe, making them battle other teams of characters, and leveling up their powers and strength (kind of like Pokemon in a galaxy far, far away). Promising even more characters, including ones from current TV show Rebels and a rampaging Rancor, it looks like there will be more fun for the fan on the move.

So, a lot to look forward to if you’re a Star Wars fan. Plenty of games, and new movies to boot! As Visceral and Respawn’s titles are in early development, however, it could be quite the wait. For those who remember growing up in the days before Jar Jar Binks was a glint in George Lucas’ eye, a couple of years is pretty short compared to the wait between Episodes VI and VII (i.e. good installments).