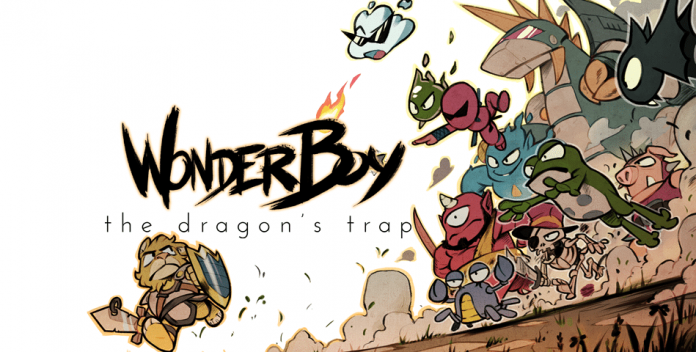 Wonder Boy: The Dragon’s Trap isn’t a completely new game, incase you didn’t know this it is actually a remake of the cult classic Wonder Boy III: The Dragon’s Trap which originally released for the Sega Master System back in 1989. Created by Westone, this 8-bit action-adventure platformer was heralded by the gaming media at the time as one of the best games ever.

Developer Lizardcube have taken on the task of re-creating this title for a modern audience with publisher DotEmu by their side as well as working closely with some of the original creators in Ryuichi Nishizawa and Shinji Fujiwara. Wonder Boy: The Dragon’s Trap is about a lonesome adventurer that has been cursed into a half-human, half lizard and is in search of a cure. Though this isn’t the only transformation for our protagonist with changes into a mouse, Piranha, Lion and Hawk also lying ahead. This gives the player 6 different playable characters, each with their own abilities.

Wonder Boy: The Dragon’s Trap boasts some of the most beautiful graphics you will see with its hand-drawn visuals. Lizardcube have promised a huge interconnected world with Dragons of all kinds to face up to including a Zombie Dragon and Samurai Dragon. The re-make will also feature a re-imagined soundtrack based on the original which has been recorded with classical instruments.