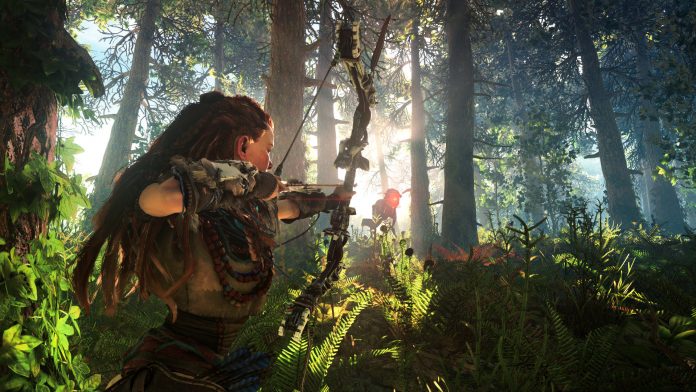 Guerrilla Games, the Sony-owned studio from Netherlands, made quite a splash last year at E3 when they announced that their next game would be a 3rd-person open-world action-adventure game with RPG elements! This is quite a departure from Killzone, the FPS franchise they have worked on since 2004.  However the information regarding release has been really limited, with a possibility of a release this year.

An incredibly good-looking trailer has been unveiled, re-introducing the main character, the story line and the world in which it is set. You play an orphan girl name Aloy who was raised by a man in a village of outcasts and her origin seems mysterious. There also seems to be a link between this and what has become of the world, which is overrun by mechanical creatures. You can take a look by yourself just down below:

Unfortunately, for those (like me) who had a slight hope of playing this game this year, I’m sorry to report that the official release date is now February 28th 2017 for North America, March 1st for Europe and March 3rd for the UK.

If you are already sold on the premise of the game and want to preorder this, the option is already available through outlets like Amazon.  A regular edition and a Collector’s Edition will be available.  The latter will be available at $120 and will include a copy of the game in a Steelbook case, with a 9-inch statue of Aloy, the heroine, and a 48-pages art book.  A voucher for downloadable content (like a PlayStation 4 dynamic theme among others) will also be included. 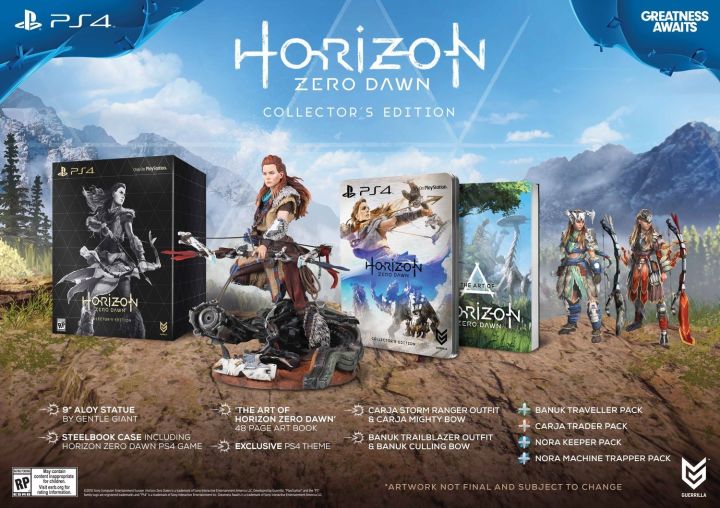 Are you as excited as me for this game? Do you think Guerrilla Games will do a smooth transition from a dark gritty FPS to a colorful great-looking adventure game? Let us know what you think in the comments.