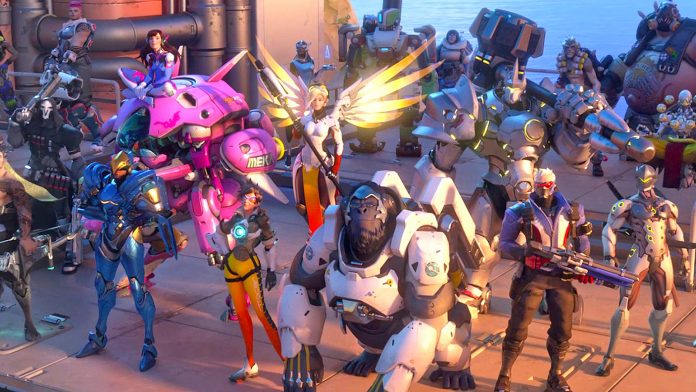 Always online games are starting to become more of a thing.  From my recollection it all started with SimCity 4 and Diablo 3.  I’m sure someone will say “but there are others” and yes I’m sure there are, but these are the ones that quickly jump to my mind.  The hype of always being online was something new that most gamers were afraid of. Gamers that didn’t always have access to internet were worried with good reason that they wouldn’t be able to experience these types of games, let alone rolling the dice that servers wouldn’t be an issue when you tried to log on.

Well in the case of the two games mentioned above the nightmares became reality.  Servers were constantly having issues on SimCity,  not forgetting the Diablo error that plagued the game at launch that just about crippled the games cult following.  Always online games are and can be a scary thing.

If you are unable to view the video review, please see below for a written version.

Now lets  Jump to the present. We have had titles like Titanfall, The Division, Destiny and a hand full of others that are always online. These games have learned from the down falls of the always online games before it and made jumps to make the experience better. Does Overwatch do the same or improve the always online experience?

Its Launch day. Overwatch went  live at 1900 EDT on May 23rd.  I was loaded and ready to go however I wasn’t able to get on until 1915, so all in all not a bad start at.  When the game starts Winston the gorilla gives you a little background as to what and who is. Visually, during this introduction, the game looks jaw dropping. The attention to detail not just on the characters but in the backgrounds is simply lovely to look at.  The animation on Winston’s face, his mannerisms, the way light and shadow is used in this segment are perfectly on point.  I’ve played in both the alpha and beta test and the visual improvement is amazing. It definitely didn’t look this sharp in the pre-release stages, especially in game, but now it had become bright and colorful with tons of detail.

As mentioned before Winston does a brief breakdown of what Overwatch is, there is lore and story background to this unique world but you aren’t going to find it in game.  You will get this additional info from the animated shorts.  These shorts point out whose the good and bad guys and the shorts are also fantastic to watch which really could be made into a movie of its own. Some are mind blowing visual overloads, while others are straight up wall to wall action.  They also give a bit of background for each of the characters in the game.  Its worth a watch if you haven’t done so already.  While I logged on, on this first day I did have some server drops, however they were far and few in between.  So I would have to say that this was by far a very successful launch. As the days rolled on the servers seemed to be even more on point finding games very quick and loading times being very fast as well.

Ok, now that we have the intro out of the way lets get into the meat of this game.  The gameplay is by far the most balanced, easy to pick up and play, action packed, frantic and team based game you will play this year. Most development studios claim that they listen to player feedback from alpha and beta testing however once the game is released there are still those same issues that plagued the beta that folks constantly complained about but for some reason never got fixed. This isn’t the case with Overwatcth. The developers behind the game, Blizzard, had an open ear and seemed to listen to most if not all of the player complaints from the betas. The tweaks on the hit boxes making them more on point was particularly well received. Head shots now give critical hits like it should and nerfing some of the overpowered characters like Bastion had been attended to. All the way down to increasing the running speed for Mercy and other Mages was addressed. In my option they tweaked a lot of crucial elements within the game and just made it even better than the already good beta.

If you are not a team player this isn’t the game for you. You will not come out of this game with a win if you don’t play as a team. Everyone on your squad has an important roll from being a Tank, to defending, and even healing.  The healer is the most underrated team member in my opinion. Every time I would play with randoms gamers folks would refuse to play as the healer.  Healers like Mercy have the best abilities and ALTS. For example Mercy can heal through walls and give damage boosts to players. Her Alt is basically a revive for anyone who’s down.  She’s not the best fighter but she does have a great evasive ability being able to fly to teammates and get out of the frantic action. People can’t seem to bite the bullet and play a character that’s going to benefit their team though which is a shame. I would always lose in games when I had team mates like this, while on the other hand when you do have team mates that will play to benefit the team you will have a much greater win rate.

The controls are so on point. When using the mouse and key the game feels so right, even when playing with a controller, however folks may need to tweak with the sensitivity when using the sticks. I did notice that the cursor was just way to fast when trying to look around and shoot folks.  Accessibility is another thing that Overwatch does so well. Whether you are color blind or have some disability where you cant use standard controls the game caters to the player.  More games should have features like this to give a wider audience to the game by giving more customization options. Variety is the fruit of life right?

Lets get back to characters. There is a fabulous roster with a wide variety of folks to choose from. From mechs, to robots and ninjas, archers and the run of the mill standard FPS character in Soldier 77. The variety is there and each character has their own vibe about them. They are all very diverse and have their strengths and weaknesses. I mentioned before about how well balanced this game is and it’s very true. Some of you will disagree with me and say “No Bastion is one OP b*tch” or say the same about another character depending on your experiences, however the fact of the matter is that if you think this way you may need to spend more time learning how to counter each of the various characters. Every single character in Overwatch has a specific weakness that can be exploited, especially by its ‘counter character’.  That is extremely important to keep in mind especially if you have a whole team of Bastions for example (which this has happened to me) you can counter this team with a group set up of Widow Maker, Junkrat, Hanzo, and Reaper. These guys not only do massive damage to Bastion but can end up in one hit kills if you hit Bastions critical weak point.  This is why I feel Overwatch is so balanced. Everyone has a weakness to certain characters and also have critical weak points on their body. Let’s not get this twisted either as head shots aren’t always a characters critical weak point.  You guys will need to find that out on your own though or I will be ruining the fun for you.

Yes, there isn’t any sign of a campaign but that doesn’t make the game weak in any way. Overwatch has a variety of game modes that vary depending on the maps that you are on. The maps are all around fantastic visually and are well balanced, well that is besides Hollywood in my opinion.

You can also tweak up your game by playing with AI, you can make custom matches with friends, and you can also partake in weekly brawls for massive XP bonuses and loot boxes.  The game does have microtransactions where you can purchase unlocks or loot boxes but in no way, shape or form does this give it a Pay to Win formula. They are basically just unlocks for skins, emotes, voice over’s and spray paints, purely cosmetic.

You can make purchases or just play to unlock more loot boxes, the choice is yours.  Each character has roughly 52 unlocks so there are a ton of new items to be had. The in game voice chat feature is also on point allowing you to switch from team to community chat on the fly.

The match making is also up to par placing you with people within your own skill level, however you may get paired up with a person that’s already prestige but this is far and few in-between.

One of my biggest gripes is the player of the game, or MVP if you will. Granted it’s not always Bastion all the time like in the alpha and Betas, but the replays are generally very weak. There are times where you are going on a rampage and get a 5 player streak instantly by using a ALT or just gunning down folks in rapid succession only to be over shadowed by a character that got a two piece or a triple kill. The kills weren’t even that flashy or amazing either. This needs to be tweaked up a bit. The plays of the game reward should be just that a PLAY OF THE GAME, either a rapid 6 player kill streak or a killer play that totally changes the scope of the match. A play of the game could also be more than just killing. It could be where a player revives a good portion of the squad or healing a tank that’s just mowing down folks. The tank would not be alive if it weren’t for the healer. These are other aspects that could be plays of the game in my opinion.

Matchmaking should be tweaked up to find matches faster when you are in a full squad as well. Sometimes my group and I spent over 5 minutes trying to find a lobby. That’s just not cutting the cake.  Also adding friends should be much much easier. You should be able to add them at any time rather than switching over to Battle.net typing in their name to find and add them.

Overwatch is a load of fun that anyone can pick up and play. It’s one of the reasons that 9 million people played in the beta and are still playing now.

So my question to you is – when will your watch begin?