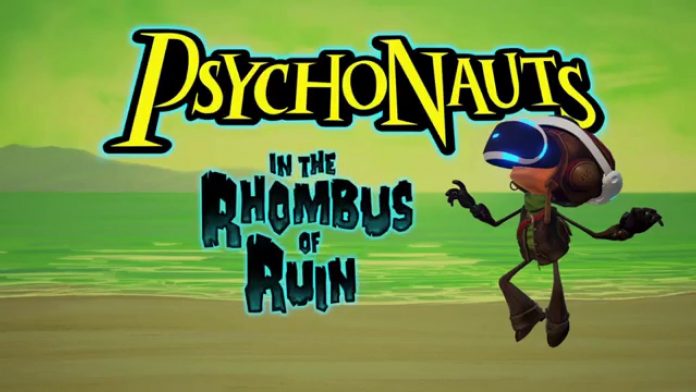 Double Fine Productions has released the first pre-alpha gameplay footage for Psychonauts In The Rhombus Of Ruin.  The game is a first-person virtual reality adventure and the story line is made to bridge the events between Psychonauts and Psychonauts 2 and it is coming exclusively to PlayStation VR this year.

The footage released shows a tutorial on how to use various powers. It also sets up the story in the paranormal world of Psychonauts. Raz, Lili, Sasha, Milla, and Coach Oleander set off to rescue Truman Zanotto, the Grand Head of Psychonauts who is Lilli’s dad. This mission takes place in the mysterious Rhombus of Ruin.