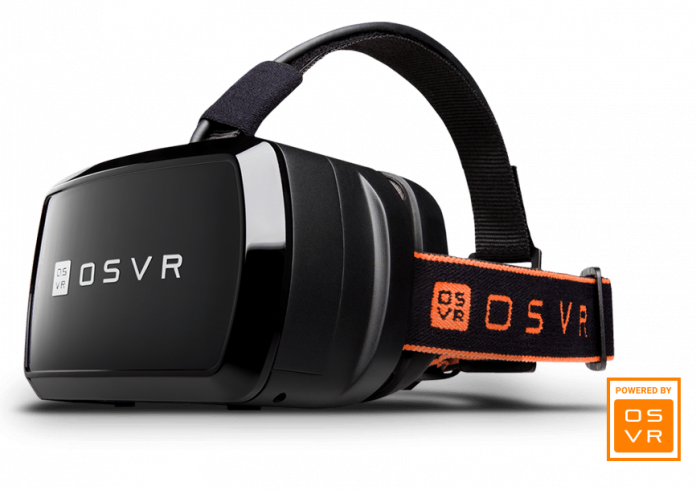 OH! And he’s back in the room. That’s right people, after a 10-day hiatus, where my look back at E3’s past articles were clearly the highlight of the week leading up to E3 (well I can dream right?), I am back in the saddle as the keyboard jockey I am to bring you some very cool news.

The question whether or not to go for the HTC Vive or Oculus Rift for PC gamers is one that has the potential in the coming months and years to turn into a similar rivalry to that of PC Gaming’s noisy neighbours, the Xbox and PlayStation.

Well PC Gamers who look at this rivalry and laugh will no doubt find themselves in the clutches of a similar rivalry between the 2 heavy hitters of the VR World. However, just as the HTC Vive and Oculus Rift are about to draw their holsters at high-noon, the saloon doors swing open and a 3rd combatant enters the fray.

Ladies and gentlemen, I bring you, the Razer HDK 2. Being released under Razer’s OSVR (Open Source Virtual Reality) brand, which you can find out more about here.

At a much more competitive price of $399 (Vive and Rift $799 and $599 respectively), with a big focus on the developer as well as the gamer, the Razer HDK 2 boasts a headset with 90Hz refresh rate and Dual Display resolution of 2160x1200m which will rival the Vive and Rift, it has optics that have the ability to be adjusted for those with poor eyesight (so glasses won’t hold you back). An Infrared Camera is also included to help track your head movements is also included which will help improve the accuracy of the experience.

The standard disclaimer is however that you will need a VR Ready machine, so in other words something powerful and that will cost a pretty penny, but getting a VR machine at least $200 cheaper than the Rift, and $400 cheaper than the Vive will certainly help the impact on your wallet.

Due for release next month, this could certainly shake up the VR world and throw a cat among the pigeons. But what is important, is what you think. What are your thoughts on this? Does it look enough to get you interested in VR? Or are other companies just playing catch up with Oculus and HTC? Let us know in the comments!