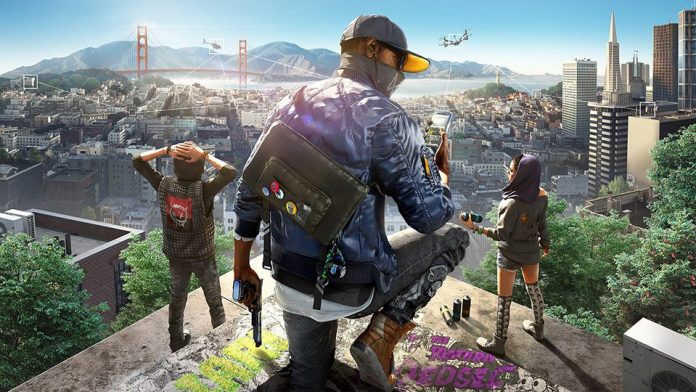 The Ubisoft press conference or UBI30 as they referred to themselves commemorating their 30th anniversary was nothing less than glorious.  The gaming community was privy to a long list of upcoming AAA titles that would revolutionize the gaming community by all standards.  One of the main attractions was that of their follow up sequel to Watch Dogs that blew the community away at E3 previously. In Watch Dogs 2 the entire game play has been redone to give the players a totally different experience from the previous title; from implementing mission co-op, advanced parkour elements  and an open world that begs to be explored, this title is set to redefine 3rd person tactical action/adventure games.

Watch Dogs 2 is set in San Francisco which is also known as the iconic pioneering area of a multitude of electronic company giants which sets the overall irony of the video game title. The main protagonist within Watch Dogs 2 is that of Marcus Holloway a member of the hacker group DEDSEC. DEDSEC is a group of white hat hackers whose main goal is to remove the veil of secrecy from corrupt government/political figures; by exploiting their electronic data trails and other ingenious ways of revealing hypocrisy. The soundtrack is nothing to ignore by no means as well, from employing classic Hip Hop tracks to actual classical pieces to illustrate high tempo escape scenes accompanied with high tech stealth game play set in an open world environment. An interesting side note to this monumental title to be released on November 15th, 2016 is that this franchise is set to have a live action movie based upon it’s storyline as per a partnership with the tech giant Sony which has yet to have a release date assigned to it.

All in all, Watch Dogs 2 is set to have the gaming community chomping at the bit as its predecessor did at the previous E3. With vast areas of iconic San Francisco to weave through and explore as if it were an electronic labyrinth; and a 30 day pre-order released perk that PS4 players get to charge in with, it’s safe to assume that the inclement weather associated with the Fall season will be spent well with some hacking 2.0.