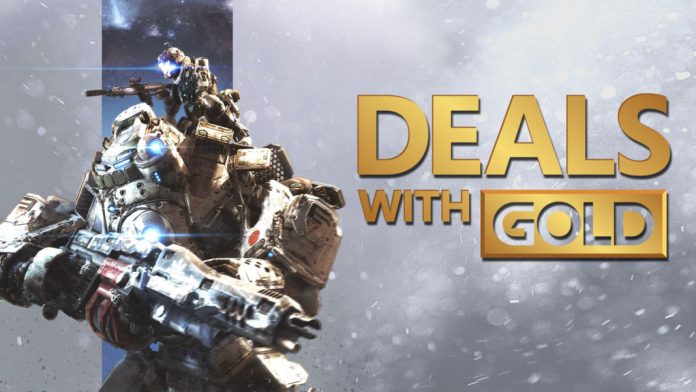 This week’s Deals with Gold and Spotlight Sale titles for the week of June 28th are in and with it brings a host of deals and savings on digital downloads.

Xbox Live Gold Subscribers can take up to 75% off on one of the Xbox’s best shooters in Titanfall, take to the court in NBA 2k16 or choose to further their adventures as hero or villain in DC Universe Online.

This week RGM recommendation is Titanfall Deluxe Edition which includes the game and all subsequent DLC at 75% off, making it $5 USD and an absolute steal.

Millions have already heard the words “Standby for Titanfall” now it’s your turn. Set on the edges of the known universe, Titanfall is a fast-paced, bold take on the first-person Shooter. Combining wall-running, double jumping Pilots and powerful yet agile 20-foot-tall Titans, Tackle varied situation with enhanced mobility, verticality and giant robots.

There has never been a better time to jump in to the action. Since launch, Respawn has delivered tons of free updates including new Game Modes, Daily Challenges, Titan Customization and Ranked Play. Recent additions include a four player Co-Op mode, Frontier Defense where gamers strategically defend a vital objective from waves of AI enemies. Get ready to call in your Titan and join the battle! With the Titanfall Deluxe Edition, you’ll have access to everything. This bundle includes Titanfall and a Season Pass which gives you access to 12 new maps across the Frontier

Here is the full line up of this week’s Deals with Gold and Spotlight Sale titles: