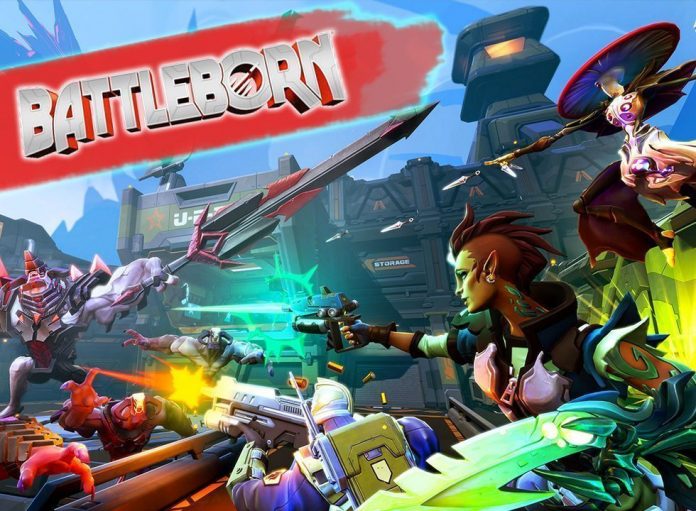 So have you been playing Battleborn lately? Chances are…no. No you haven’t. In worrying news for publishers, 2K and developers Gearbox Software, after an initial mini surge in gamers buying and playing the game, players have dropped like a stone from the game as these averaged player numbers will show. 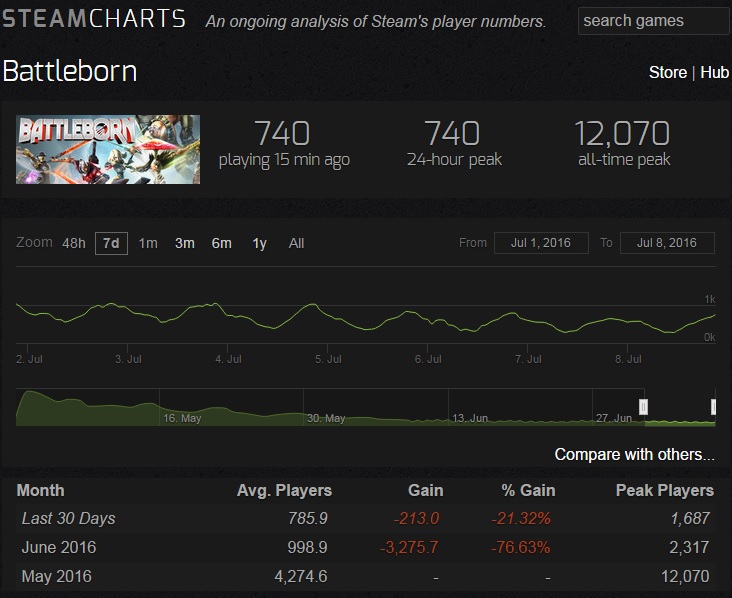 With average gamer levels on Steam dropping from 4,274 in May when the game was released, taking a 76.63% drop to less than 1,000 average gamers in June, with the last 30 days showing the numbers are decreasing still, with a low figure just today of 275 players (I’m excluding one instance in June where players dropped from 940 to 1 in an hour, that looks as though it was a server glitch or something like that).

These kind of numbers should not be seen from a game barely 2 months old. Even Football Manager 2012, the serial Football (yes FOOTBALL, not soccer it’s a game played with a BALL and your FEET…grumble grumble) management sim that in this instance has 4 successors with a 5th due later this year, averages over 900 players a month still.

I don’t like seeing games fail, nobody should really. I wont even like seeing Call of Duty: Infinite Warfare fail when it’s limps over the line behind Battlefield 1, but for me, this game didn’t really appeal. It looked kinda fun, and kinda cooky, but when I see the pricetag at £39.99 or a Digital Deluxe version at £51.99 I walk on by.

What do you think about this Real Gamers? Are you still playing Battleborn regularly? Or are you one of the many who dropped off after it’s initial surge, with it’s high point of 12,040 players being a peak that’s not come close since? Whatever your views on Battleborn, let us know in the comments below or in the RGM Forums.