Earlier today a 6 plus minute gameplay video for Gears of War 4 was posted on YouTube by the official Xbox channel and released at San Diego Comic Con. Featured in the gameplay was a section of the campaign. In this footage, Marcus Fenix is the fourth squad member of the team composed of J.D. Fenix, Del Walker, and Kait Diaz. Seeing Marcus in action for the first time since the game’s reveal has fans even more excited to get their hands on this game come October.

What stood out in the gameplay was the usage of weather and lighting. They showed this element in the E3 trailer but here, you can really see the gusting winds, lighting strikes, and how you can use this to your advantage in combat. In the gameplay video we also get a look at the cover grab, close quarters executions, and the destruction of cover which keeps the player and enemies on the move. 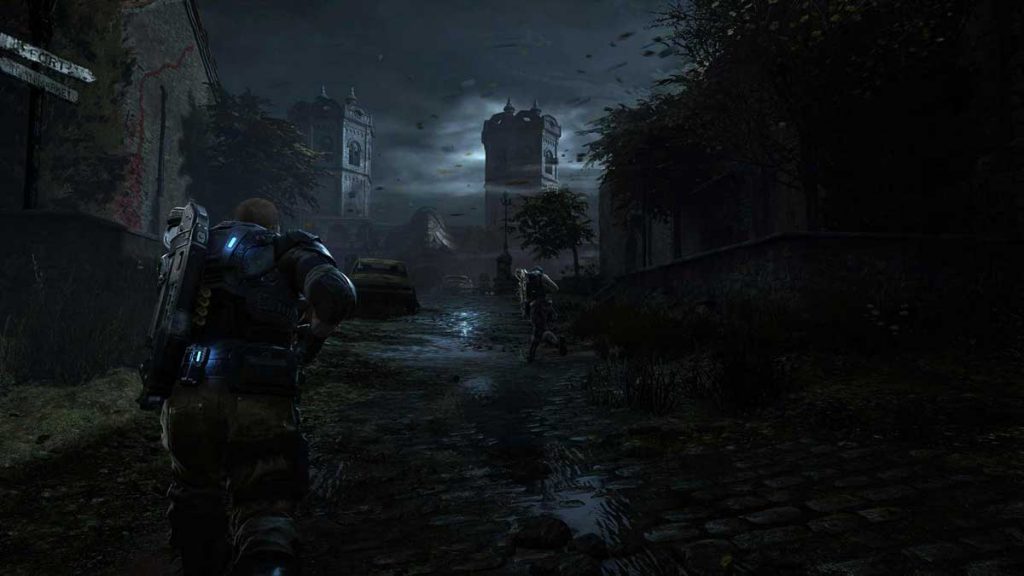 Gears of War 4 is set to release on October 11th and is developed by The Coalition. Buyers of the $99 ultimate edition or $449 Gears of War 4 custom console will receive early access to the game ahead of the street date.

What did you think of the Gears of War 4 gameplay shown in the video? Leave a comment below or in the RGM Forums.