Is the current Gen Overrated? That kinda depends on what side you look from right? I’m not exactly sure how to view it. Personally I look at  previous gaming generations and see evolution. You saw it in studios, studio members, publishers and designers. You saw folks changing the way games are played. How games are made. Think about it for a second. Back in the early 80’s there was a video game collapse.  Thousands and thousands of dollars lost. Companies like Activision were barely clinging to life and it almost destroyed Atari from the face of the Earth. In fact it very much did that as far as them being in any future console war.  This was to be considered the end of video games as we know it. Some of you young bucks may be like he’s lying but seriously look it up. Now lets fast forward a few years. 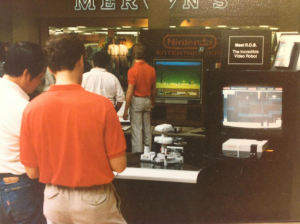 It is October 18, 1985. Nintendo has a make or break opportunity. The card and game manufacture was about to make the global impact in a way that no one could expect. This was their first attempt outside of Japan to come back with console video games in North America. The risk was so big that they told stores they would buy back any console that didn’t sell. As we know it paid off and gaming is what it is today.

But you are asking yourself, “Isn’t this article supposed to be about current gen and not back in the day?” Well in order to understand the present and the future we need to understand the past . We have to understand that Nintendo pretty much put up everything including the kitchen sink to get where it is today. That’s not only a massive risk but it also shows their innovative thinking on what console gaming could be.

At one time E3 was the Mecca of everything gaming. It still is in some cases but the big 3 don’t always show up . Nintendo has missed the last few outings. Opting to having their tree house.  EA didn’t show this year having their own conference off site with a Battlefield 1 reveal, Same with Ubisoft.  The E3 showroom was once the only place where you could find everything games.  Not only was it the only place for games, but it would be the first and only place you could see what you could play later that year and the following year. You can’t really say that anymore. Lately E3 has been about new games that we can play in a few years. Or almost a decade in the Last Guardians case. We keep getting shown all of these beautiful wonderful games that we can’t touch yet. They all seem to be in the depths of development.  Then when the games do come out they all seem to be broken messes. The launch title Drive Club didn’t show until almost a year later. Then you have Watchdogs where visually it wasn’t even remotely like what was advertised. It’s not like the consoles didn’t have the power to push it graphically so what happened? Did the pre-orders do this? Were we so over hyped that we just threw money blindly thinking we would get what was shown on-screen?  Up until this generation you never had the amount of patch work that you had in the past.  All games have been shipped broken. Its been a hurry, a “let’s ship it now and fix later” attitude. But I ask again are pre-orders the cause of this?

Also at E3 you get the glorious remaster. The “OMFG I haven’t seen this game in years!” jaw drop.  The level of nostalgia is so overwhelming that it chills your bones. That was my sensation during the Halo 2 remaster reveal. Not only that but also the hype of having the entire collection basically for free.  I was one of those who blindly went and pre-ordered the game like so many. But we sure didn’t get what was advertised.  We got the collection but the multiplayer was a broken mess.  It took almost 6 months for it to get to normal. By that time folks were on the Halo 5 beta.  Whats one more month to wait right? :/ So are pre-orders to blame for this as well?

This current generation was supposed to be the generation that was supposed to take gaming to a new level. Both in innovation and graphically. So far it has and it hasn’t. For the first time ever we have had more remasters than AAA block busters.  It seems like almost every other month we get a remaster that we didn’t need or ask for .  I don’t generally have an issue with remasters. But I do have an issue with remasters of games we had less than 5 years ago, especially if you can get the game digitally. Its like why even bother to waste the time, money, or effort? First off we gamers didn’t ask for the remaster and when we get it the original looked better than the newer version. Lets be honest here there have only been a hand full of titles that looked like they had a massive face lift. The rest not so much. I mean if you are going to take teams away from making other games to make these remasters then why aren’t they up to par? Let alone when they come out they come out broken.  Are we so desperate for visual eye candy that we want to re-buy a game we have in our library just for the face lift? I mean we did buy a current gen game for the extra bump in graphics and better games but where are they?

We have seen games like Titanfall, Bloodborne, Project Cars, Sunset Overdrive and a handful of others. These games pushed the boundaries not just graphically but also being innovative with their genres. They took the risk to put something out new and fresh for people to experience. They rolled the dice and the people loved it. It seems to me very few camps are willing to take risks because of how fragile the community is. The community is very bipolar. They love you one day and hate you the next. We slam companies for games they didn’t bring as well for the games they did bring, because it didn’t meet the expectations that the community  had originally been presented with.  So we have been getting all these softballs of remasters because Devs seem like they don’t want to take risks and feel the wrath of the community. We gamers complain of the remasters but we still buy them. Just like how we bitch and moan about Call of Duty but still buy the game.  How can we change this and get good titles and quality games? 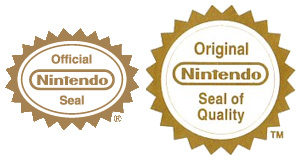 There was once a time where the Nintendo seal of quality meant everything .  Your game would never make the console if it didn’t pass this rigorous test of QA (Quality Assurance). Once you passed with flying colors your game was put on a cart and shipped off.  What ever happened to quality? We talked about the pre-orders earlier.  I think pre-orders is a part of the problem because most of us buy the game in full. Stats show that over 55-60% of the consumer base for a said game will pay it all off in advance. That’s a nice chunk of change a company made back without ever releasing the title. So rather than delaying a game to put more QA they rush to meet a deadline and send out a broken game. We have all seen this way to many times this generation and you guys all know it. They ship out a game and patch later. This would never fly back in the day at all. The game needed to actually work to get that seal of approval. The games did have its glitches but it didn’t prevent you from playing or completing the game .  Rather than send out broken games like this why couldn’t they use their teams that are doing remakes and put them on these other teams to help out? You all basically work under the same umbrella already and know the game in most cases and this would help with better QA.

Another thing we can do is not pre-order games. This not only would change the way we get games but it may give us games that would work day one.  It would force the companies to push out a quality product. Because they would know they are totally screwed of this doesn’t sell. So they would listen more closely, not only to the community but also the QA leads that get overlooked time and time again. I know this happens very often.

Also the only way we are ever going to get the games we want is to challenge teams to take risks  and become innovative again.  We sure aren’t going to get them by buying remasters. These companies want to make money, so what’s a sure bet? Something new and innovative or something that came out last year? They are pulling on our heart-strings for our need for the new and flashy, that they give us games we are already comfortable with and we give in because it’s flashy and new. But in reality it isn’t new or all that flashy. We are just re-buying a game that’s collecting dust in our libraries. But for some reason it’s awesome because you can see more cleavage on Harley Quinn?? The gameplay hasn’t changed, not one bit, so I don’t understand how a face lift on a game that’s less that 5 years old is gonna change how great it already was. But we buy it anyways waiting for that new hotness to drop.

We gamers are creating our own destiny. We managed to change an entire companies approach on how we want a console and made it happen. Why couldn’t we do the same for the games that we get? We can make the change if we make noise.

But until then we gamers are stuck in this generation of the remaster. The hype train of being too afraid to take risks and just sticking with what’s comfortable till new games arrive. That is if they work and arrive on time.

My name is Cujo PTFO or GTFO I’m out.