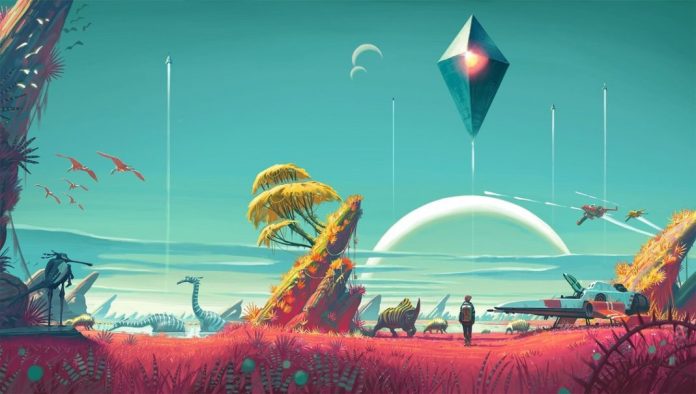 No Man’s Sky has officially gone gold according to Hello Games founder Sean Murray who shared the news on his Twitter account. Barring any unforeseen set backs this means that the game is complete and ready to hit the August 9, 2016 release date. 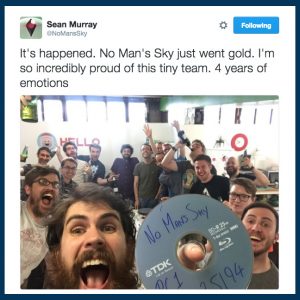 No Man’s Sky going gold must be a huge relief for the team at Hello Games who have been met with a couple of delays of the anticipated title, with one delay sadly resulting in death threats to Sean Murray himself.

I’m looking forward to playing No Man’s Sky later this summer as it has been one of my most anticipated titles. The mystery behind what the game actually is and the ambitious exploratory scope of what Hello Games is working to accomplish is intriguing me.

Hopefully after such a long and tumultuous journey the end result will be exactly what the team endeavored to deliver.

No Man’s Sky is set to launch on August 9, 2016 on PlayStation 4 and PC. Are you looking forward to the game? Be sure to let us know in the comments of over on the Real Game Media forums.