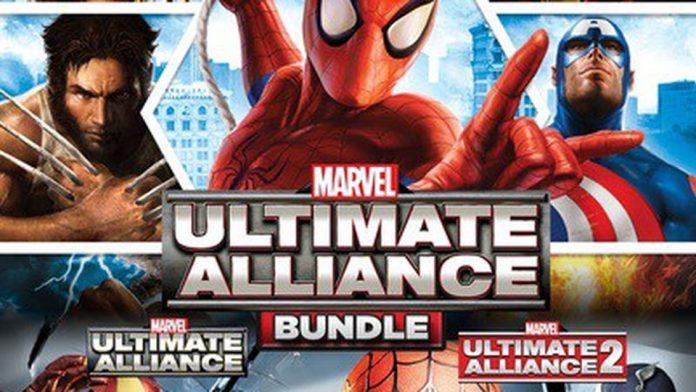 Mike Jones, executive producer on the project provided some interesting tidbits of information on the re-release and the future of Marvel games in general.

“We wanted these re-releases to be as faithful to the original Ultimate Alliance games as possible—the definitive versions. However, the team did work really hard on improving performance, some UI and graphic enhancements. They play really smooth.” When asked if this release signals a return of the much-loved Ultimate Alliance franchise, Mike said “Following the footsteps of a proud Marvel tradition, I’ll say: Anything is possible, True Believers!”

Both Ultimate Alliance titles will be available digitally this coming Tuesday (July 26th) on Xbox One, PS4 and PC via Steam. They can purchased individually or as a bundle for a slight cheaper price.

Are you looking forward to rejoining your favorite Marvel heroes for some ultimate action or perhaps pulling on the spandex for the first time? Let us know in the comments.