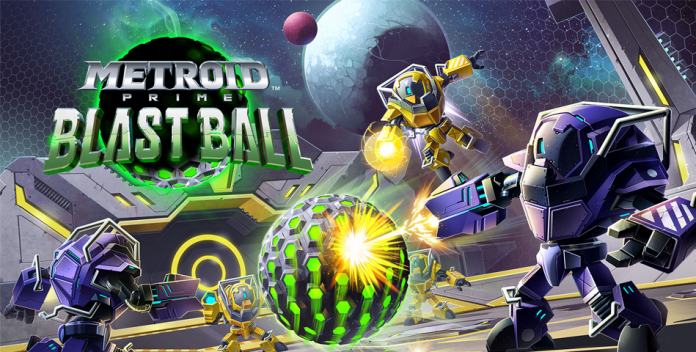 Nintendo revealed today that Metroid Prime: Blast Ball is now available for free from the Nintendo eShop for Nintendo 3DS.

Metroid Prime: Blast Ball is a FPS sports game in which players control mechs and use their blaster to fire a gigantic ball and score goals.

Players can go head-to-head with 3 v 3 multiplayer matches locally or online in this futuristic styled sports game. This frantic end to end thriller also features power ups in a Mario Kart kind of way, while players can also use the ball to cause damage to opponents instead attempting to score.