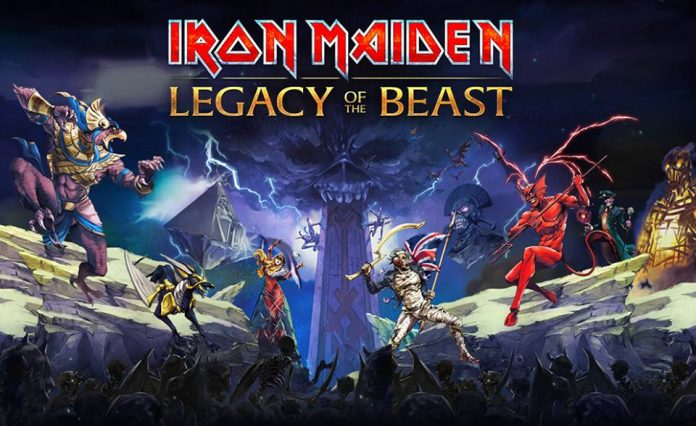 Metal and RPG fans need to wait no more as the teams at Nodding Frog, Roadhouse Interactive and 50cc Games have made available for download today their game Iron Maiden: Legacy Of The Beast.

It is an action-packed, free-to-play RPG mobile game where players take on the role of the band’s iconic mascot, Eddie. In partnership with the Iron Maiden band and its management team, the game developers have created a new and unique gaming experience.

Amass an army of powerful allies to battle alongside Eddie, face a legion of foes whose sole purpose is to destroy you. Prepare against the Agents of Control, including The Beast, The Wicker Man, Horus and The Axis General, all drawn from the expansive catalog of MAIDEN‘s albums and artwork.

The game is available on Android (Google Play Store) and iOS (Apple Store).