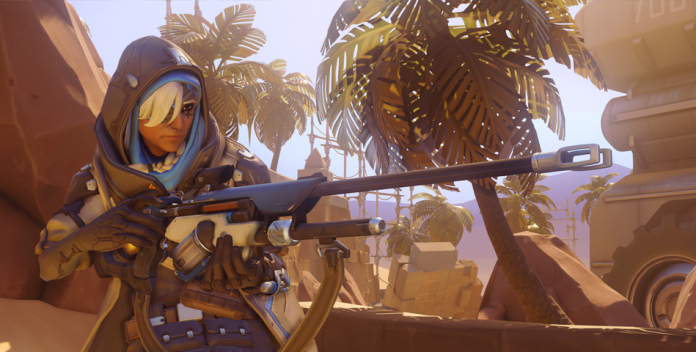 Blizzard have revealed the newest Hero for Overwatch, “battle-scarred veteran” and Pharah’s mother, Ana. Arriving today on PC with more details to follow on when Console players will get to jump into combat with Ana as a support sniper.

Ana uses her primary weapon, the Biotic Rifle to support her teammates from a distance, firing darts at long-range to restore the health of her allies or damage enemies. Her arsenal of weapons also includes her Biotic Grenade which simultaneoulsy heals her teammates while injuring the opposition in its small damage radius. Ana can alternatively switch to her side arm which fires sleep darts to you guessed it, knock her enemies unconscious and send them for a nap.