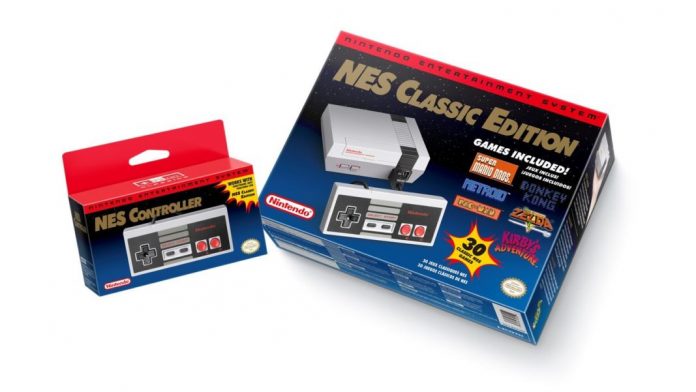 Today Nintendo announced that they are released a Mini NES system with 30 games included for $60. For a complete list of the games included and other details check out RGM’s article by Eric J.

Since the announcement, fans have been asking if more games will become available for the system in the future. Unfortunately, it has been confirmed by a Nintendo Spokeperson that the console will not be able to connect to the internet and will not be supported with additional NES games. Here is the interview answering some of the fans questions:

“Will the mini-NES be able to connect to the internet?

No. The console is a standalone device, so it cannot connect to the internet or any external storage devices. The game lineup was chosen to provide a diverse mix of popular and recognizable NES games that appeal to a wide variety of players. Everyone should be able to find multiple games to enjoy.

On the same note: does Nintendo plan to sell other NES games for the mini-NES beyond the 30 it comes preloaded with?

No. The console is a standalone device, so it cannot connect to the internet or any external storage devices. The 30 games included with the system were chosen to provide a wide variety of top-quality, long-lasting game-play experiences.

We have nothing to announce at this time.

Just because people have been asking: safe to say it can’t play old cartridges, right? (Based on the image it looks like an NES cartridge would have around the same width as the entire console.) Does it open up at all?

The console does not use physical media and therefore the Chamber Lid does not open.”

As you can see, the answers to the questions people have been asking all day is a big resounding no. The Mini-NES is meant to give gamers a chance to replay some of the classic games from an era gone and also introduce these games to their kids who may have never experienced them.

What are your thoughts on the Mini-NES? Leave a comment below or in the RGM Forums.