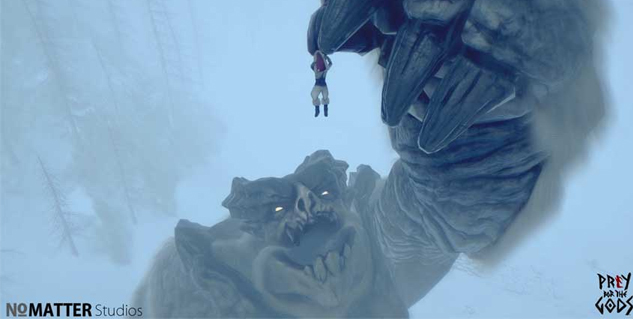 It seems there are many gamers out there who love to climb and scuttle all over gigantic god-like monsters in an effort to slay them. I know I do which is why it’s exciting news to hear that Prey for the Gods, the recent Kickstarter game inspired by Shadow of the Colossus, has reached it’s initial funding goal.

According to the campaign page, Prey for the Gods is now guaranteed to be coming to PC, Xbox One and PlayStation 4 and with eight days left of funding, the focus now turns to unlocking some of the stretch goals. The developer is asking for more money to enable several new milestones including expanded environments, an orchestral score and more huge bosses to fight!

Check out the Kickstarter page and our previous coverage for more info on Prey for the Gods which has an estimated release date of December 2017.