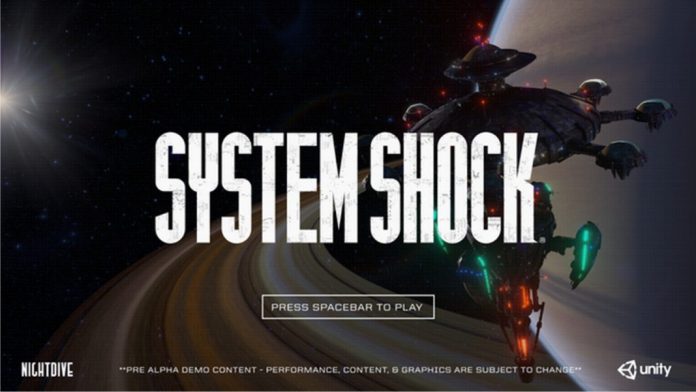 The System Shock reboot from Night Dive Studios was originally announced for PC and Xbox One. The developer has now announced that the muchly anticipated reboot will be coming to the PlayStation 4 as well due to popular demand. In an interview with Eurogamer, the Project Director Jason Fader was quoted with some insights into what drove the title to be developed for PS4:

“After we saw the overwhelming demand for PS4, we reshuffled our priorities and focused on talking to Sony about making that happen. After a few weeks and lotttts of emails, we are officially on track for bringing System Shock to the PS4!”

In order to take on this project Night Dive has hired developers who worked on Fallout: New Vegas and developers that have worked for Obsidian. The original System Shock concept artist Robb Waters, and original voice actress for AI Shodan – Terri Brosius, have also returned to work on the reboot.

System Shock is currently scheduled for a Q1 2018 release date and has already surpassed its Kickstarter goal of $900,000 and still has a deadline July 28th, giving the developers about a week left to raise even more money.

Are you excited for System Shock? Have you played the original? Leave a comment below or in the RGM forums.