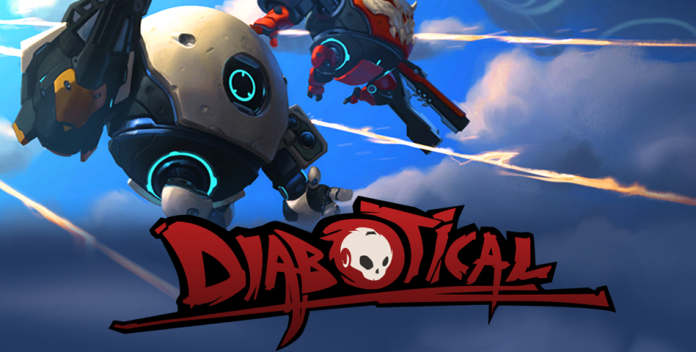 Despite already passing their initial Kickstarter target of £110,000 for Arena FPS game Diabotical with an impressive 22 days left to go, developer GD Studio has broken via twitter the news that there will be no console version of the game. 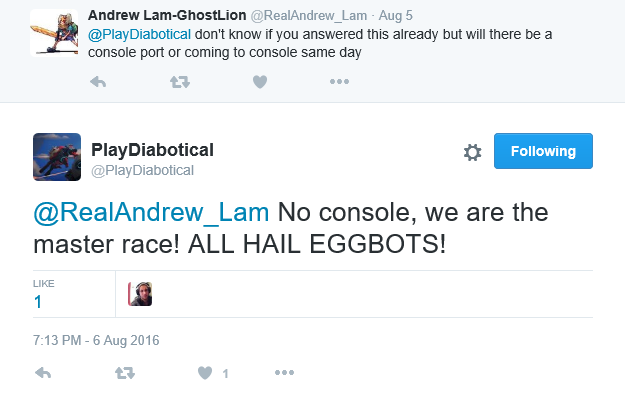 In a reply to a user on twitter when quizzed about the potential for a console version of the game, GD Studio’s Official Diabotical Twitter handle replied “No console, we are the master race! ALL HAIL EGG BOTS!”

It would appear from the reply that the master race comment might be referring to PC gaming as many PC gamers highlight the technical capabilities of a gaming PC compared to consoles. The comment seems almost a reply in jest but the most important message to take from this is “No Console”.

What do you think of this news, are you dissapointed Diabotical won’t be coming to PC? or are you a member of the PC master race? Let us know your thoughts in the comments below.