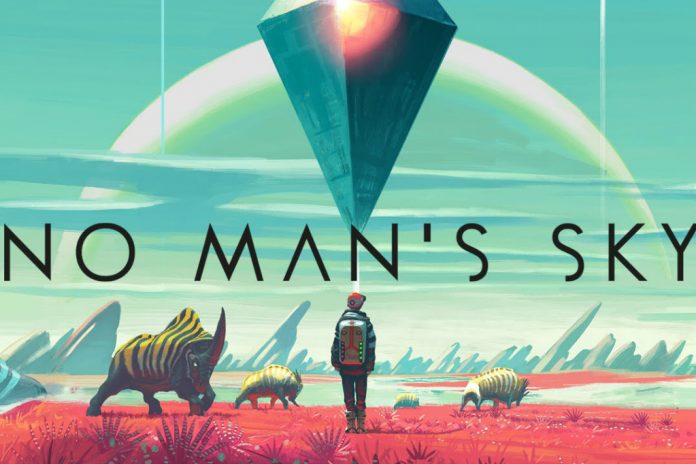 For all of the hype it had received, for all of the excitement of the possibilities, I think it’s fair to say that No Man’s Sky…is an unmitigated failure. It’s a costly exercise in caution to not over-hype games before launch, as the bad press for the game continues.

And it seems that Steam have taken pity on those who have spent their hard earned cash on a game that promised so much, and has delivered so little. As reports are coming through that Steam are relaxing their normal 2 hour refund window for No Man’s Sky. Though not a definite stance from Steam, there are many people who are getting refunds having played over the 2 hour time limit that is part of the refund policy.

And if that wasn’t bad enough, check out these player stats thanks to SteamDB. 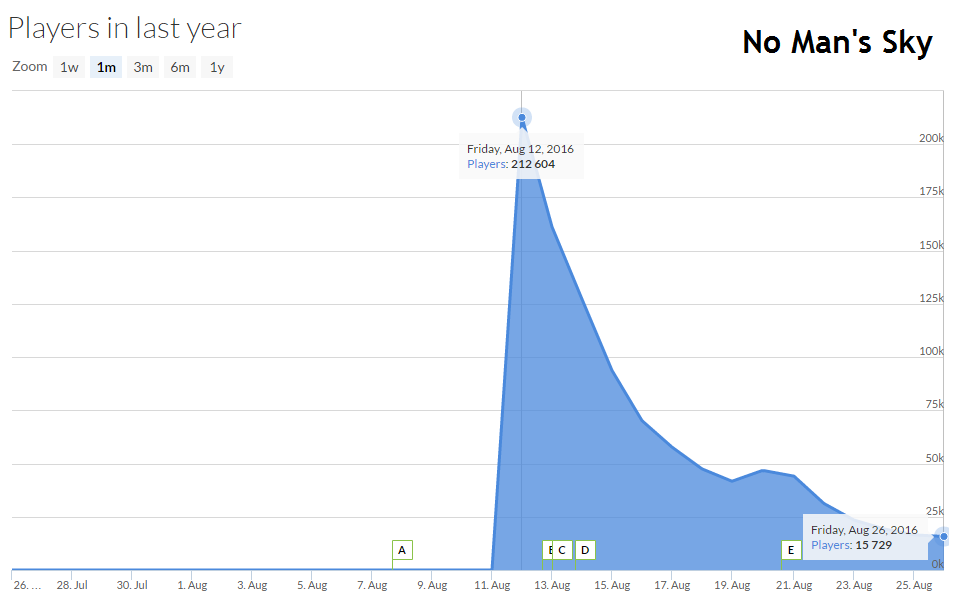 The damning verdict from Steam players is simple to see: from over 212,000 No Man’s Sky players at launch to just over 15,500 as of August 26th. Player levels of No Man’s Sky have dropped to just 7.4% of what they were at launch in just 2 weeks, that’s not just bad – that’s catastrophic.

It leaves Hello Games with a conundrum. Do they stick to their guns and hope they can eventually turn it around with tweaks, or do they overhaul various aspects? Do they allow more interaction between players and give more of a goal? Do they introduce an AI alien enemy that can be a threat to players at any possible turn? Do they introduce space bars and space hookers, and dot various space casinos around the galaxy? Do they introduce a giant game of pool such as in Red Dwarf (Series 4, Episode 4 – White Hole)? Whatever they do, they had better do it soon, because refunds are coming thick and fast through Steam and good news about the game is getting harder to come by.

What do you think they should do? What would improve No Man’s Sky for you? What would bring you back? What was missing? Let us know in the comments below or in the RGM Forums.