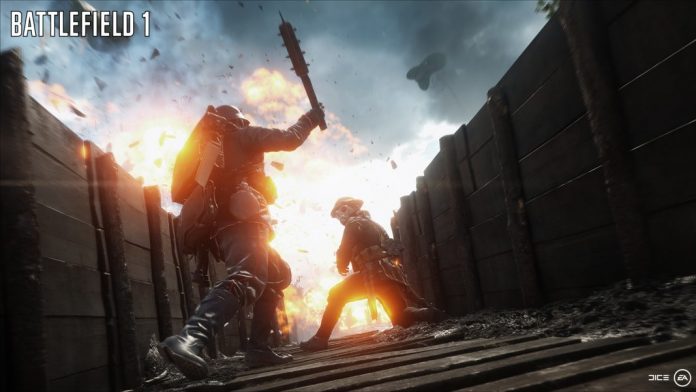 EA revealed the first gameplay trailer of Battlefield 1 today on the eve of Gamescom 2016.  The trailer features in-game footage and shows off horseback battles, aerial dogfights, tanks, and armored trains.  Here is the trailer from the official YouTube page:

Battlefield 1 was revealed before E3 with an exciting cinematic trailer.  The gameplay trailer is just as exciting and gives you a good idea of how battles featuring horses, tanks, planes, and trains will work together.  It’s a wonderfully chaotic trailer that really got me excited for the release of the game.

What did you think of the trailer and will you be purchasing Battlefield 1 when it launches on October 21st?  Leave us a comment below or in the RGM forums.