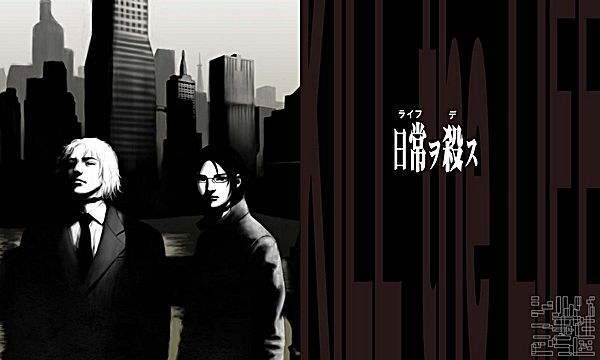 Many gamers will have heard of Suda51 and his studio, Grasshopper Manufacture. Widely known for their unique approach to development, the company has released some stylishly unusual games over recent years including Lollipop Chainsaw and Killer is Dead. Both titles are memorable for tipping genre convention on its head with some truly mind bending visuals, bizarre gameplay, and characterization.

Before he turned his talents to chainsaw wielding cheerleaders, Suda51 and Grasshopper Manufacture produced a visual novel adventure game called The Silver Case. Gameplay revolves around a detective on the hunt for a notorious killer after a multitude of grisly murders are committed. The Silver Case was first released in 1999 on the original PlayStation and has never been available outside Japan, until now.

The demo gives players a small taste of the full game allowing them to experience a portion of the first chapter titled “Decoyman”. The Silver Case is scheduled to launch this coming Autumn on PC. Head to the Steam page for more info.