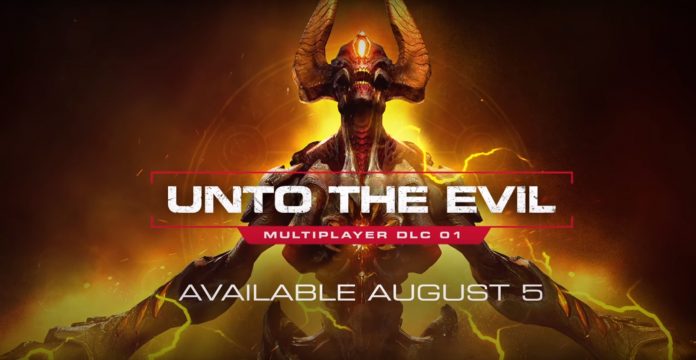 Bethesda have followed up with their second free update to DOOM by releasing some epic looking multiplayer DLC – Unto the Evil, which was released yesterday on PC, PlayStation 4 and Xbox One for $14.99 (UK – £11.99, EU – €14.99, AUS $23.95) and is included if you purchased the DOOM Season Pass.

The items listed as being included in the DLC are:

To celebrate the release of this first piece of DLC, this weekend is a Double XP weekend on DOOM Multiplayer, as announced at QuakeCon by DOOM Executive Producer, Marty Stratton.

Are you still loving DOOM? Are you already enjoying this new DLC? Whatever your thoughts and opinions, let us know in the comments below or in the RGM Forums.