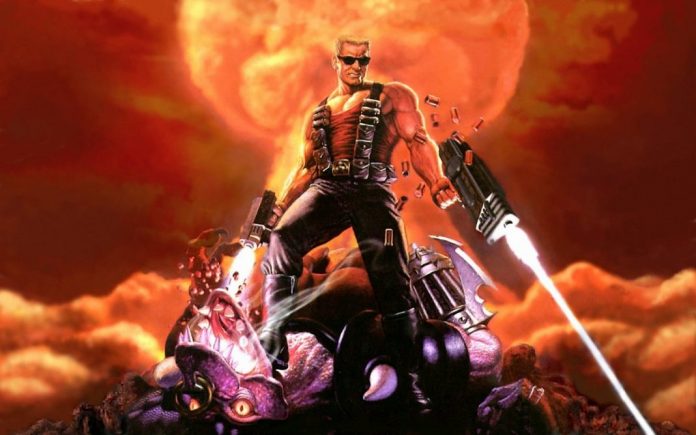 The last time we saw macho, cigar-chomping action hero, Duke Nukem, was in his last adventure, aptly titled Duke Nukem Forever. The game wasn’t great and received a lot of negative press and complaints from players. That was roughly five years ago and Gearbox has been content to allow old Duke to have a relaxing break with nary a one-eyed mutant alien in sight.

Well, if you go and take a look at dukenukem.com, it seems as though Mr. Nukem’s holiday may soon be over. A countdown clock has appeared on the site with roughly eight days left until it expires and a banner declaring “Happy 20th Anniversary”. Obviously, eight days from now, Gearbox will have something interesting to tell us about the future of the franchise. While this is all conjecture at the moment, it seems like a lot of effort to expend unless you are planning to announce something new. My money is on a brand new Duke Nukem title as opposed to a re-release or HD remake.

The man himself has even taken to Twitter declaring “The king is back. Line up, ladies!” He hasn’t changed a bit! Keep an eye on the countdown clock and we’ll all find out what Duke is up to soon enough.